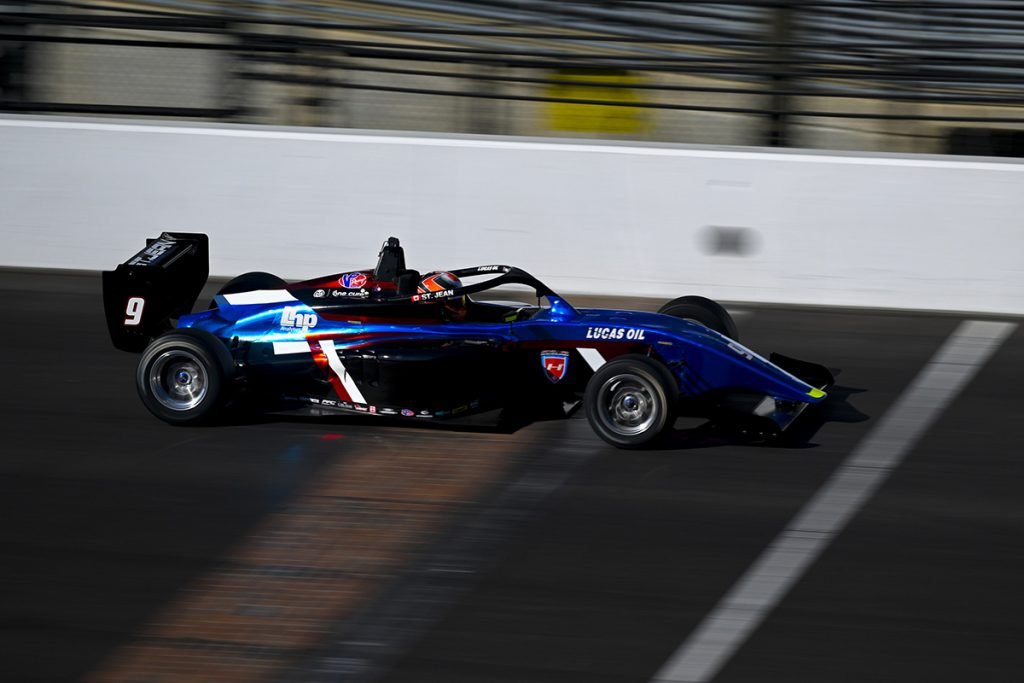 Sticking with the Jay Howard Driver Development program for the upcoming 2023 race season, Canadian Louka St-Jean is set to contest the USF2000 Championship Presented by Cooper Tires. Making the move from the F4 program to the USF Pro Championships ladder program, St-Jean joins a potent JHDD program as they continue to assemble their efforts for the upcoming season.

“I am happy that I will drive a USF2000 car in the 2023 season under the Jay Howard Driver Development banner,” expressed St-Jean. “I have worked hard to get here, and I am determined to do whatever it takes to reach my goals.”

Utilizing the 2022 season as a learning year in the F4 United States Championship, St-Jean earned seven top-ten points paying results in the twelve wheel-to-wheel races he entered. Earning the best finish of third at the New Jersey Motorsports Park, St-Jean will now move up with JHDD and compete in the popular ladder program.

“We are excited to welcome Louka back for another year with our program and look forward to having him take his first career USF2000 green flag in March at the Grand Prix of St. Pete,” explained Jay Howard. “Louka learned a lot this past season and we look forward to continuing to assist him in his learning curve in more high-profile events throughout North America.”

St-Jean added, “A huge thank you to Jay and his staff as well as my family, friends, and partners for the continued support. 2022 was a good year but I am looking to make 2023 a great one.”

Louka St-Jean will join the already announced USF2000 pairing of Al Morey and 2022 F4 Champion Lochie Hughes in an intense off-season test program as they ready themselves to attack the 2023 race season.