Celebrating a third successful season of the Canadian Karting Challenge (CKC), series drivers, teams, officials and families gathered together with the Innisfil Kart Club (IKC) for the annual year-end banquet on Saturday, November 5. Honoring class champions, sponsors and volunteers, as well as awarding some special prizes, a great time was had by all.

“We want to thank everyone who came out to the banquet to celebrate our racing season,” explains Innisfil Indy’s Tony Launi. “We are already looking forward to 2017 and we have some exciting changes ahead!” 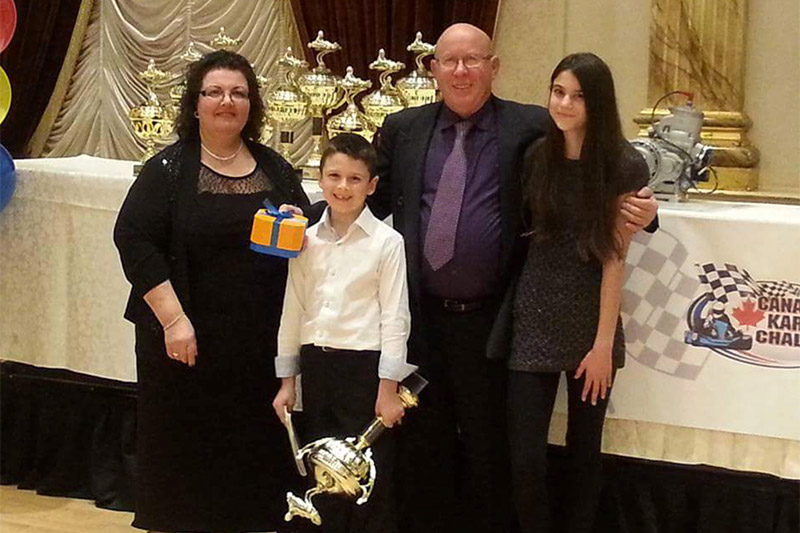 An elated Senior Shifter driver Chad Campbell won the CKC Engine draw. Valued at nearly $5000 and donated by TL Motorsports, Campbell nicknamed his new engine ‘Bloody Motor’ after cutting his finger while excitedly putting it back in the box.

Additional prizes were also awarded including a set of tires donated by Ryan Monteiro, won by Marco Petraglia, and two additional sets donated by TL Motorsports, won by Simone Masini and Ryan Monteiro. Nadia Borrelli was the lucky winner of Toronto Maple Leaf tickets. Congratulations to all the winners! 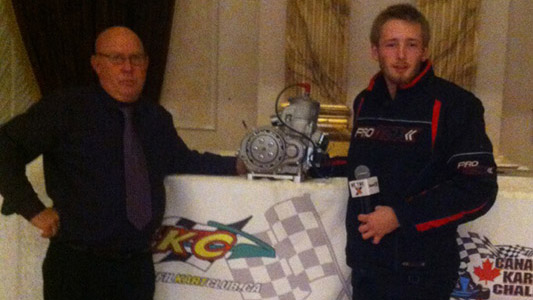 The Canadian Karting Challenge would like to extend their sincerest gratitude to everyone who made prize donations for this year’s banquet and all the volunteers who helped throughout the season. Also an extra special thank you goes out to all this year’s sponsors: Lowes Printing, UltraCoat Industries, Dumont Contractors Inc., JBB Technical Installations, Pine View Plumbing, The Decal Zone, and Bruce MacArthur. Also thank you to Ryan Monteiro for taking photos all season, Paul Harlow for his help and donations and Teresa Launi for her assistance throughout the season and for organizing a fantastic year-end banquet.

Please stay tuned to the website Facebook and press releases for more information on the upcoming 2017 season and details on the General Meeting.