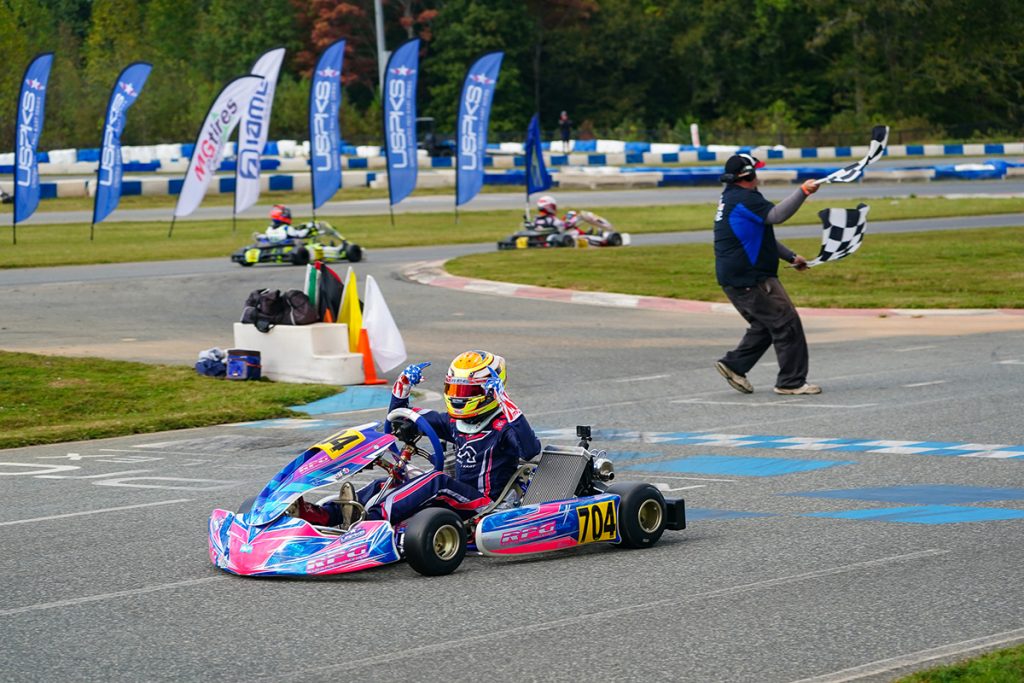 It was a race winning weekend for North Carolina resident Caleb Gafrarar at the final event weekend of the 2021 United States Pro Kart Series (USPKS). Debuting with new colors, the multi-time karting champion made the switch to the Kosmic Racing chassis with Rolison Performance Group (RPG) for the USPKS finale and dominated Saturday’s action sweeping the day. Returning to the track Sunday, Gafrarar won the prefinal and stood on the podium after the main event had concluded. 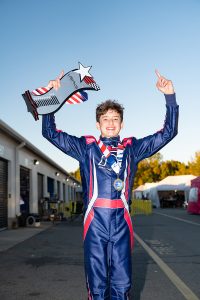 “It was a great start for me, and I was so happy to do so with many family and friends on site,” explained Caleb G. “To come out and sweep the day by earning the pole position and both the prefinal and main event wins was something I could not have dreamt of. The team had set realistic goals for me in every official session, and I was happy to achieve them all by the end of my first official day.”

On Saturday, it was a perfect day of competition, and it took him no time getting used to his position at the front of the field. After a disappointing final practice on Friday afternoon that saw him in the tenth position, Gafrarar returned with a vengeance on Saturday morning to earn the X30 Pro Junior pole position. From that point forward, the 13-year-old remained unbeaten on the day to earn the prefinal win and his second USPKS main event victory of the 2021 season.

Back to the track on Sunday and looking to repeat his success, a third-place effort in qualifying would see Gafrarar outside his familiar P1 position from the day prior. In the prefinal, the Kosmic driver crossed the stripe in second, but was elevated to the victory after a post-race penalty by the on-track victor. Awarded the win, Gafrarar would start from the pole position for the X30 Pro Junior main event for the second day in a row.

Looking to double up on victories in his debut weekend, Gafrarar led laps as the front quartet battled hard in a game of high-speed chess. Closing his weekend in the third position, Caleb was excited and thankful to everyone who has stuck in his corner. 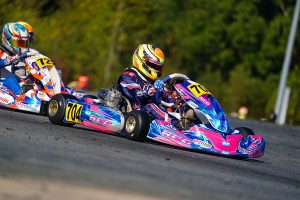 Gafrarar added, “First and third in my debut weekend with a new brand is incredible. Just imagine what we can accomplish when we have a few weekends of working together. Such a blast to be part of the RPG program for the weekend and the knowledge and experience that they bring to the table is second to none. Thank you!”