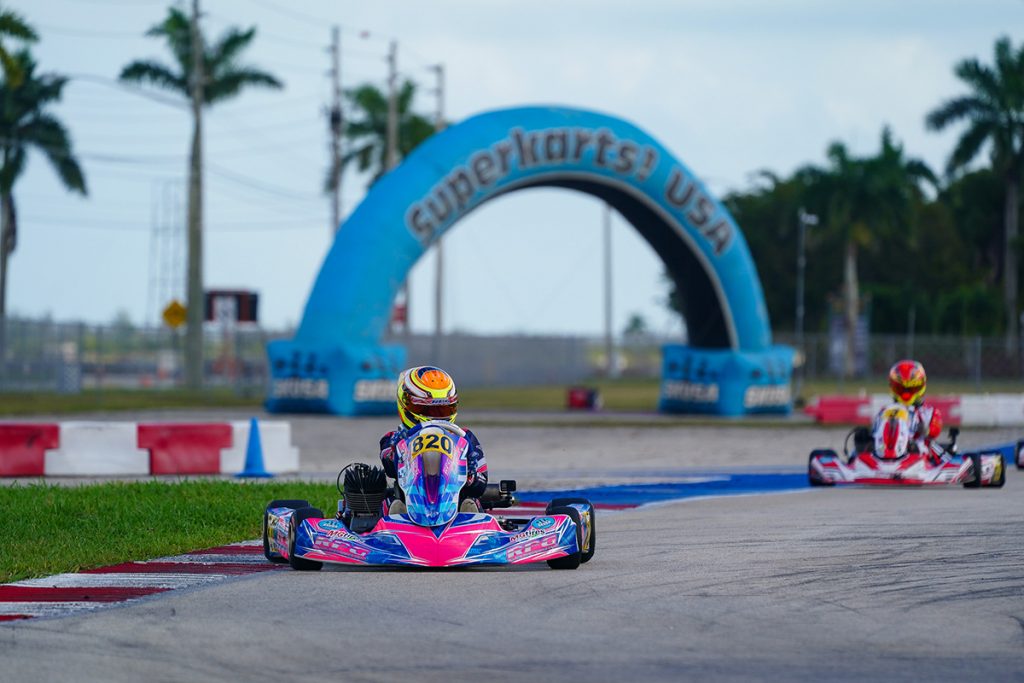 Leading the KA100 Junior championship point standings, Rolison Performance Group (RPG) driver Caleb Gafrarar heads to South Florida this weekend looking to close the series out on top. Taking on the AMR Motorplex for the final round of the Superkarts! USA (SKUSA) Winter Series, Gafrarar has his goals set as he aims to add another title to his karting results resume. 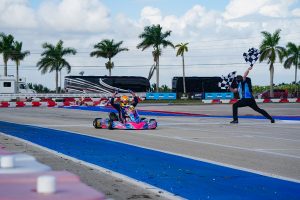 After earning the pole position, a second-place result in the prefinal and the victory in the round one main event, Gafrarar scored the KA100 Junior round two prefinal win before scoring another top-five result in the main event. Emerging from the first SKUSA Winter Series weekend with a ten-point advantage on the rest of the competitors, Gafrarar is looking to have a good result on Saturday to extend his lead and continue to march towards the series title.

“We could have had two wins in the first weekend of the series, but luck was not on our side on Sunday,” explained Caleb G. “I know we have the equipment and power to claim race wins and the championship, but racing is never easy.”

Also competing in the X30 Junior class, Gafrarar enters rounds three and four with a much tougher task. After a fifth-place result in round one, a disappointing DNF happened during the second round. Entering this coming weekend with a much different mindset in X30 Junior, Gafrarar is solely focused on race wins.

Gafrarar added, “In KA100 Junior, I need to race smart and position myself for as many points as possible while in X30 Junior, I can be more aggressive and go for the win at all costs. With no real shot at the championship, I just want to make sure that I can put myself, RPG and Kosmic on the top step of the podium and learn as much as I can for my KA100 Junior sessions.”

Set to hit the track on Wednesday for unofficial practice, Gafararar will look to build upon a team test and club race from this past weekend. With two more practice days on Thursday and Friday, wheel-to-wheel racing will begin on Saturday as the SKUSA Winter Series concludes with champions being crowned on Sunday afternoon.

Caleb Gafrarar would like to thank Rolison Performance Group, OTK USA, Kosmic, Bell Helmets, Minus 273, and CPI Security for the continued support in the 2022 racing season.