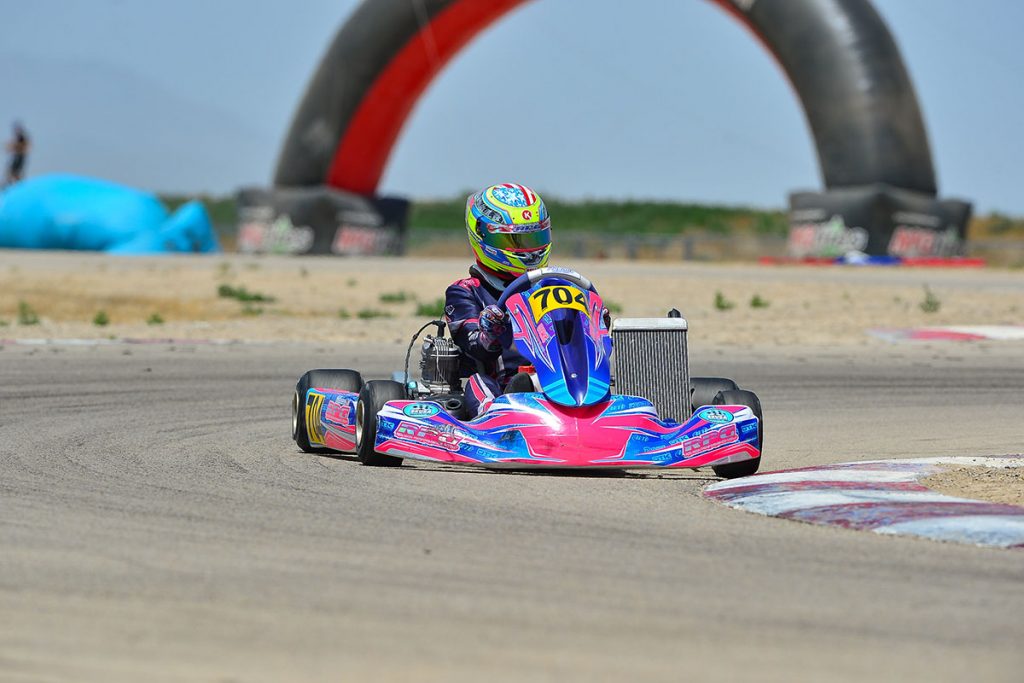 It is the final Superkarts! USA (SKUSA) Pro Tour event of the 2022 season and Caleb Gafrarar is in position to challenge for a pair of national championships. Competing under the Rolison Performance Group (RPG) banner, Gafrarar is the current point leader in the KA100 Junior class and sits second in X30 Junior as he enters the New Castle Motorsports Park event this weekend.

“It’s a good weekend when you can race for one championship, but I am racing for two,” explained Gafrarar. “The positioning entering the final weekend of the season is a true testament to our consistency all season and the hard work and preparation from the team. We have been challenging for race wins and podium results all year long, and we will be looking to do the same this coming weekend in Indiana.”

On the strength of two pole positions, one win, and a podium result in X30 Junior, Gafrarar sits second in the championship point standings, a mere 76 markers behind the current championship leader. On his KA100 Junior side of the program, Gafrarar leads the championship point standings with two pole positions and one podium result but has been one of the most consistent drivers over the first four races and comes into the final event weekend with a target firmly on his back.

Gafrarar added, “Our goal all year long was to win, podium, and be in contention for championships at the end of the year. Now that we are here and in position, we will do anything and everything we can to be on top. After wrapping up a solid test weekend at New Castle, we are ready to contend for both championships.”

In other news, Caleb Gafrarar has inked a deal to become a Molecule Athlete. Set to carry Molecule branding on his RPG prepared Kosmic, as well as utilize Molecule products on his race gear, Gafrarar will look to put Molecule on the top step of the podium this weekend at New Castle Motorsports Park.

Set to hit the track this coming Thursday, Gafrarar will get down to business with unofficial practice before wheel-to-wheel action begins on Saturday and Sunday. Stay tuned to the Caleb Gafrarar social media pages for news, information, photos, and results from the event weekend as well as links to live timing and video.

Caleb Gafrarar would like to thank Rolison Performance Group, OTK USA, Kosmic, Circle K, Molecule Bell Helmets, Minus 273, From the Ashes and CPI Security for the continued support in the 2022 racing season.