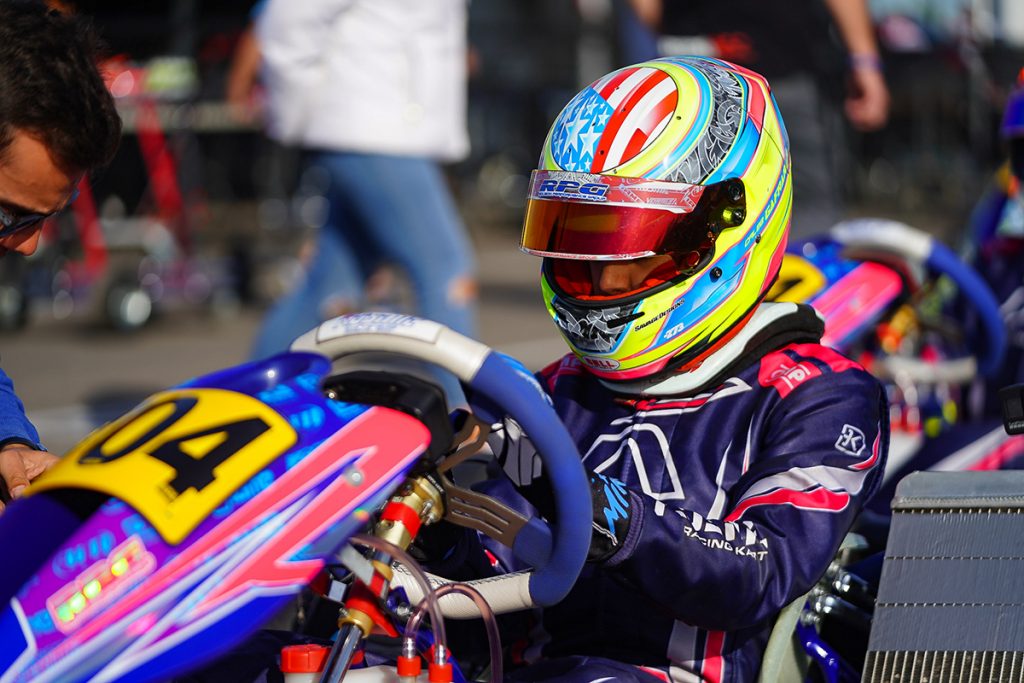 It was another race weekend and another winning weekend for Rolison Performance Group (RPG) driver Caleb Gafrarar. Taking on the opening round of the Superkarts! USA Pro Tour, Gafrarar would battle the X30 Junior and KA100 Junior fields at the ultra-fast and competitive NOLA Motorsports Park facility just outside New Orleans, Louisiana. 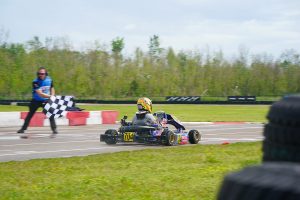 “We have had much success this year, and we looked to continue that during the opening round of the SKUSA Pro Tour,” explained Gafrarar. “While Saturday was great, Sunday had several positive moments but the results were not what we were hoping for. In the end, we still managed to score three pole positions, a main event win, two podium results and several fast lap honors.”

After progressing through the Thursday and Friday test sessions, Saturday was a dominant one for Gafrarar as he was the driver to beat in the junior categories. With rain, thunderstorms, and a ninety-minute delay, Gafrarar opened his day by flexing his muscles in both the KA100 Junior and X30 Junior classes to score the pole position during Saturday morning’s qualifying sessions in both classes to lead the fields to green during the prefinals. Whether it was wet or dry conditions, Gafrarar seemed to have the match on his junior rivals.

Looking to maintain his position at the front of the field, Gafrarar was able to score the fastest lap in the KA100 Junior class en route to a second-place result and outside front row starting position for the day’s main event. Running into difficulties on track in the IAME X30 Junior class, the RPG driver fell outside the top-twenty during the opening lap melee before he began his march through the field. Climbing his way all the way back to finish fourth on track, Gafrarar was relegated to sixth after post-race penalties.

The main events would be a step in the right direction for the championship hopeful. Starting second in KA100 Junior and battling hard at the front of the field, Gafrarar was forced to settle for the second step on the podium. Determined to overcome his penalty in the X30 Junior prefinal and upset on missing the race win in KA100 Junior, Gafrarar proved to be the driver to beat in the X30 Junior main event. Climbing his way from sixth to the front of the field, Caleb earned his first SKUSA Pro Tour win of the year and the fastest lap of the race.

Back to the track on Sunday, Gafrarar started the X30 Junior qualifying session where he ended the day on Saturday at the front of the field. Taking the pole position by .042, the RPG driver would once again lead the field to green during the prefinal later that day. Looking to maintain his record at the front of the field, Gafrarar raced his way to a P2 finish in the prefinal. On the KA100 Junior side of the program, a fifth-place qualifying effort turned into a second-place result in the prefinal before turning into a disappointment in the day’s final. Despite being down on horsepower and taking the lead on the final lap, Gafrarar was the ninth-place driver to the checkered flag but would advance two positions further up the grid to seventh after post-race penalties were implemented. Looking for redemption in the X30 Junior final, after leading many laps, Gafrarar would have additional bad luck and end his weekend with a ninth place finish.

Gafrarar continued, “Seventh and ninth for some people may be a great day in SKUSA competition but for me it is my worst race day for results all year long. Time to shift the focus towards the next one.”