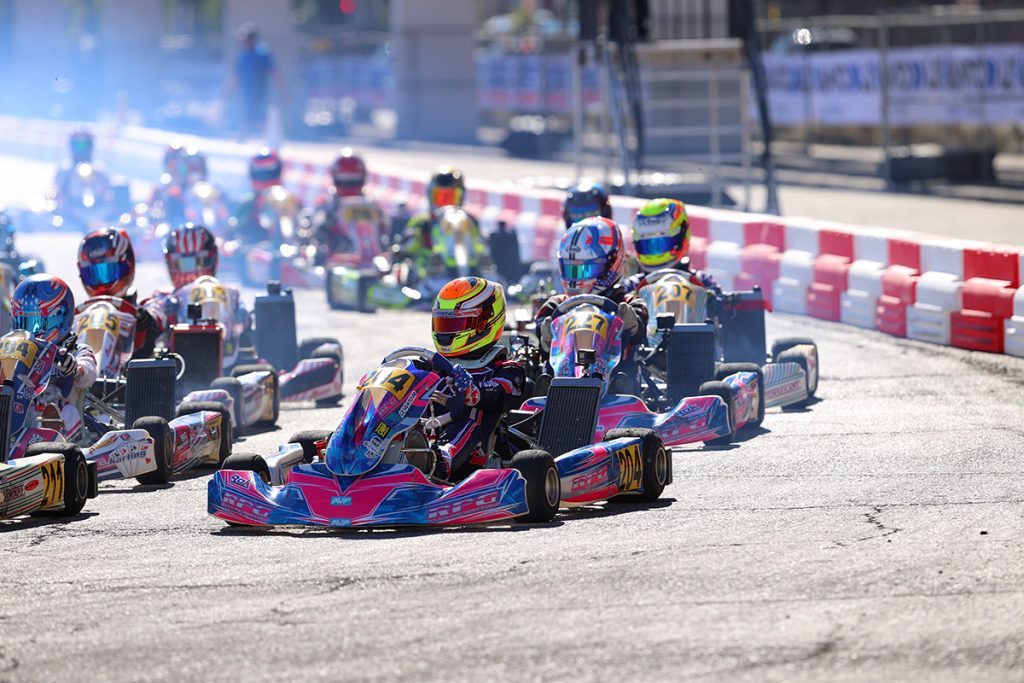 With a win and two podiums in his debut with Rolison Performance Group (RPG), North Carolina resident Caleb Gafrarar kept his streak alive this weekend at the ROK Cup USA ROK Vegas event. Taking place on a temporary circuit adjacent to Planet Hollywood, Gafrarar drove from his sixth place starting spot in Championship Sunday’s main event to a third-place result, his third podium finish in as many races.

“It was a challenging weekend as we qualified and ran well but an unfortunate DNF in heat three put us behind for heat four,” explained Gafrarar. “I was able to rebound in Sunday’s main event to move forward and was able to move from fifth to third in the final lap and stood on the podium.”

After qualifying fifth, Gafrarar was able to push his Rolison Performance Group prepared Kosmic chassis to fourth and second place results in the first two heat races. In heat three, the RPG driver looked poised for another solid top-five result but contact on the final lap saw Gafrarar into the wall and out of the race as contact resulting from another driver damaged his kart a mere four corners from the end. Classified in the 18th position and forced to start there for the fourth and final heat, Gafrarar had an impressive drive forward passing fifteen of the top ROK Junior drivers in the country to finish third.

With points from the heats calculated, Gafrarar would begin his quest for ROK Vegas glory from the outside of row three in the sixth position. Moving forward and back with the flow of the race, Gafrarar started the last lap in fifth but managed to be the third driver to the checkered flag.

Gafrarar continued, “What an amazing event that the ROK Cup USA staff put on. We struggled to find pace early in the weekend but the team I have behind me never gave up. We kept tuning on our engine and chassis, and I kept working on my driving. In the end, it paid off and we were able to deliver another solid result. Now it is on to the next one!”

Caleb Gafrarar will enjoy a month hiatus before he returns to Las Vegas over the week of December 1-5 for the annual Superkarts! USA SuperNationals.