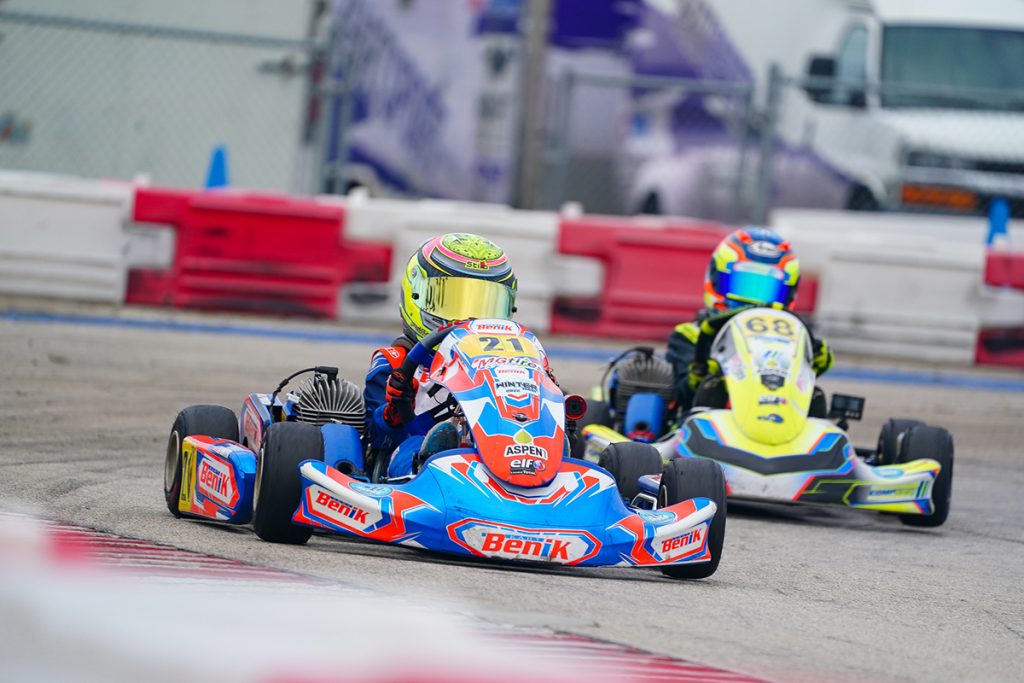 In a weather filled weekend during the opening round of the Superkarts! USA (SKUSA) Winter Series, Team Benik’s Brandon Carr drove to a podium result as the Florida based squad earned nine top-ten results. Taking on the challenging AMR Motorplex in Homestead, Florida, Jaxon Porter and Enzo Vidmontiene also drove to fifth place finishes to kick off a new season of competition. 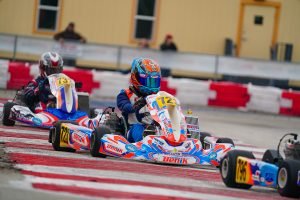 The team’s best result came from British driver Brandon Carr as a disappointing 15th place result on Saturday yielded some drive and aggression for Sunday’s action. After failing to finish Saturday’s prefinal and starting near the tail of the field, Carr was the biggest mover in his drive forward but on Sunday, he did not need to overcome that deficit and put Team Benik on the podium with a P3 effort. Enzo Vidmontiene entered his first SKUSA Winter Series event as a junior driver and after finishing 12th on Saturday, marched his way forward to a fifth-place result on Sunday. Michael Costello is a driver who has shown leaps and bounds of improvement from year-to-year and battled in the top-ten throughout the weekend earning a best result on Saturday in sixth after an impressive pole position performance on Saturday morning. Gavin Whitt was also in attendance and though the results were not what he had hoped, he will be back again to fight his way towards the front of the field. 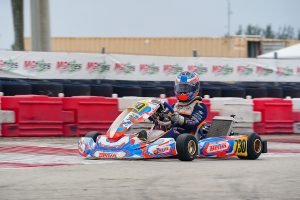 Frankie Mossman battled close to the front of the field in X30 Senior and closed his weekend with ninth and 11th place results while Mini Swift driver Beckham Toupikov improved from his 20th place finish on Saturday to finish 11th on Sunday. Gabby Guidera also used the two days of Winter Series to improve as she advanced forward eight positions in Sunday’s main event from her finishing position in Saturday’s final.

“No time off this time of the year as we are off to the Isle Casino this coming weekend for the opening round of the Florida Winter Tour,” expressed Nick Mitchell. “With the heavy rain and weather we had, we will need to put in overtime to clean and prepare for the start of our second championship in 2022.” 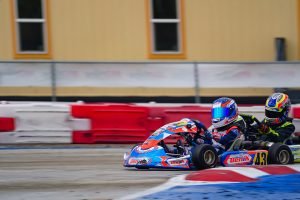