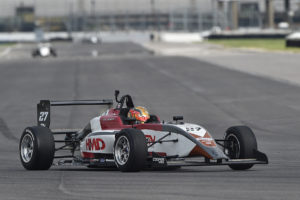 With an impressive debut in the 2017 Cooper Tires USF2000 Championship Powered by Mazda, Chicago, Illinois based BN Racing would travel to the Indianapolis Motor Speedway for the annual Chris Griffis Memorial Test. Taking place at the hollowed grounds of the Indianapolis Motor Speedway this past weekend, BN Racing’s 2017 season would continue to grow, this time with the additional of a Pro Mazda team to add to their already successful USF2000 program.

Taking to the track in the new Tatuus Pro Mazda PM-18 car was American David Malukas and Dutchmen Leonard Hoogenboom. Starting right where he left off the 2017 USF2000 season, Malukas proved to be quick out of the box. Topping the time sheets in Saturday’s third session and turning the second fastest lap of the entire weekend, and during the new tire runs, Malukas would never finish out of the top-two.

While Hoogenboom would only take part in Saturday’s final session, he saw a full slate of sessions on Sunday and improved his lap time with each and every passing run and though his laps were limited, his pace was impressive based on his short time behind the wheel. 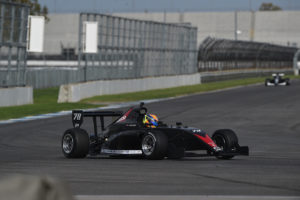 “It was a very good test for the team,” explained BN Racing’s Team Manager. “We had drivers at the top or close to the top of the time charts in both USF2000 and Pro Mazda and it was especially pleasing to see how we’ve developed the PM-18 car in comparison to some of the more experienced teams. It’s a great way to finish the year knowing we are a genuine front-running team in two categories’’

On the USF2000 side of the program, Callan O’Keefe, Elliot Finlayson and Zoey Edenholm would fly the BN Racing flag and all performed as expected throughout the two-day test. O’Keefe, a former Red Bull Junior Driver, showed his pace early and often as he was close to the pointy end of the field in all eight on track sessions and ended the weekend with the third quickest overall lap time.

Elliot Finlayson would try his hand at the USF-17 car after claiming the SCCA Runoffs National Championship in the Formula Enterprise class less than one month ago, ending the eighth and final session with the tenth fastest lap time.

Car racing newcomer Zoey Edenholm only had a day and a half worth of experience behind the wheel of a racecar before this past weekend and as expected, progressed forward with each passing lap. The young female from Arizona was more and more comfortable as the weekend went on and turned her fastest lap in the final on track session on Sunday afternoon. 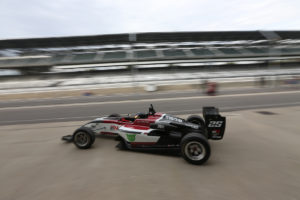 “I was happy with all three drivers’ performance on the USF side of things. Callan was expected to be quick and was so right away. Elliot and Zoey constantly improved throughout the weekend and met the goals that we set forth at the beginning of the weekend. With more seat time, the improvement will continue but for their first weekend behind the wheel, I was extremely satisfied.” 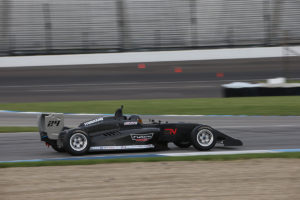