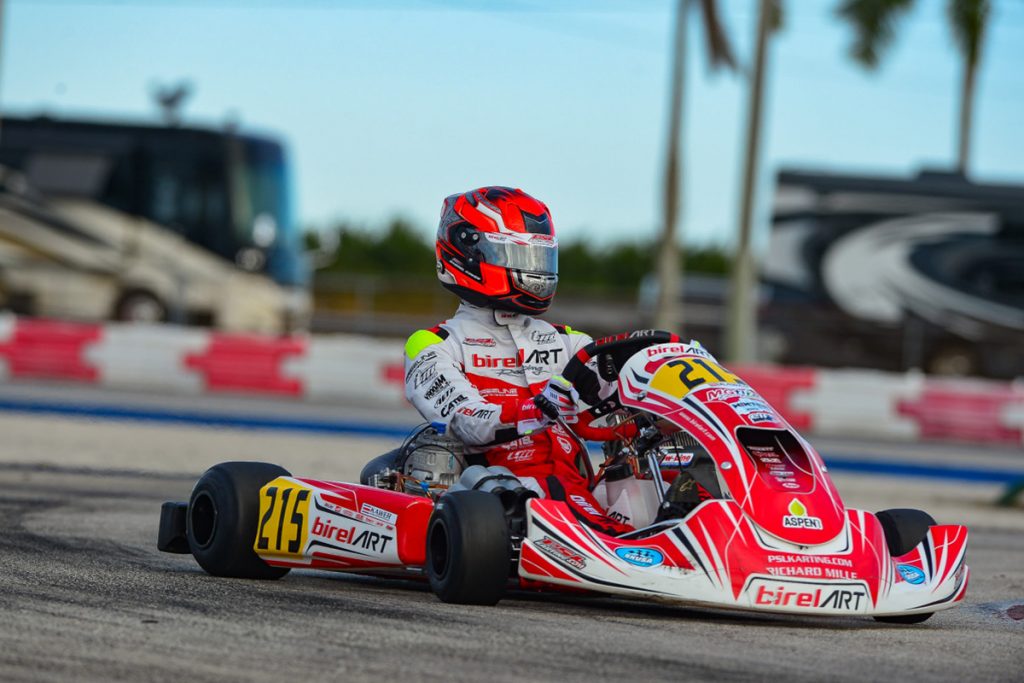 It was a weekend of speed for the BirelART North America contingent at the opening rounds of the Superkarts! USA (SKUSA) Winter Series. Taking on the AMR Motorplex in the shadows of the Homestead-Miami Speedway, BirelART-branded drivers had the speed they needed to top the time sheets, but racing luck was not on their side. 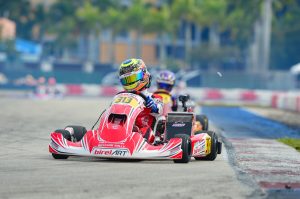 On the speed charts, it was 2022 OK World Champion Matheus Morgatto and Diego Ramos who led the squad throughout the weekend. With Morgatto finishing fifth in X30 Senior on Saturday, Ramos had an uncharacteristic result in 19th due to no fault of his own. Returning Sunday to battle at the pointy end of the field, both drivers showed the pace of their equipment with Ramos earning the pole position in the morning qualifying session. Battling in the lead pack in a position for not only a podium result but a race win, scenarios in the latter stages of the race pushed them down the running order. With Ramos suffering an engine issue and salvaging home a 12th-place result, Morgatto cemented his position in the top-ten crossing the line in seventh. 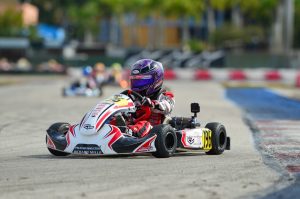 Two additional top-ten results came from the Mini Swift ranks as Alexis Baillargeon and Antoine Lemieux were classified in the ninth and tenth positions after Sunday’s main event. An improvement from the day prior, both drivers will be aiming to better their results in rounds three and four in a few weeks’ time.

It was Gabriel Kawer who slotted his way into a top-five result during Saturday’s KZ main event improving throughout the day to earn a fifth-place result. Battling some of the top gearbox drivers in the country, Kawer held his own and finished just off the podium showing the strength of the BirelART chassis in the shifter kart class. 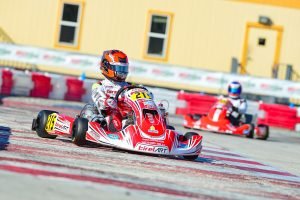 BirelART North America newcomer Christian Cameron entered his first event weekend aboard his new ride and took some time to come to grips with the new chassis. Competing in the talent filled X30 Junior ranks, Cameron improved on his P18 result from Saturday to cross the line in the 13th position on Sunday. Showing top-ten speed throughout the weekend, Cameron will look to climb the results sheets during rounds three and four of the Winter Series

“It wasn’t our strongest weekend of competition in regard to the results we earned, but we had the pace in a lot of the classes to be at the front of the field,” expressed Dominic Labrecque. “Our Senior drivers in X30 Senior and KZ proved they had the speed to podium or win while our Mini and Junior drivers improved with each passing session. We are fully focused on the podium this coming weekend and will look to add to our winning results resume.” 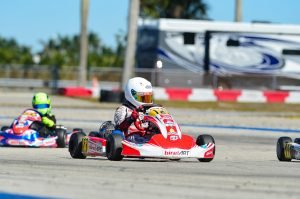 With little time off, BirelART North America is back on track this weekend at the ROK Cup USA Florida Winter Tour. Taking on the three-race series, team drivers will battle for victories this weekend on the temporary layout in St. Petersburg, Florida.

For more information to become part of the BirelART, Ricciardo, Charles Leclerc or TM Racing dealer networks or information on how to join the PSL Karting / BirelART North America Race Team for the 2023 season, please contact Raphael@PSLKarting.com.