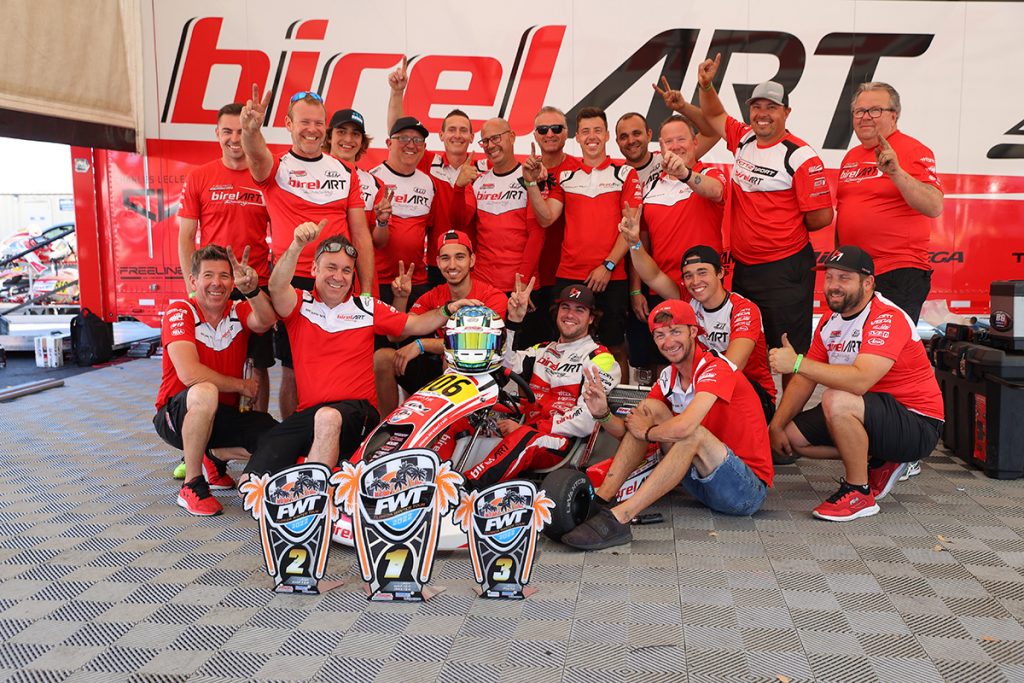 With three national events already under their belt in the 2022 season, BirelART North America traveled to Tropicana Field in St. Petersburg, Florida for the second round of the ROK Cup USA Florida Winter Tour (FWT). Taking place at the ultra-quick temporary circuit, BirelART North America drivers scored three podium results including another dominant win in the ROK Shifter Masters class. 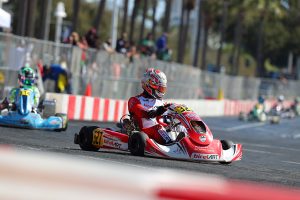 “It was a good weekend, but we had a lot of up and downs as some of our quicker drivers were involved in on track incidents that were no fault of their own,” explained Dominic Labrecque. “In the end, we earned several fast lap honors and three major podium results as we now focus on closing the Florida Winter Tour program next month in Orlando.”

Racing out of the PSL Karting program, Jordon Musser led the way on the results sheets scoring the pole position, three heat race wins, prefinal victory and secured a perfect weekend by topping the results sheets in the main event. Leading the championship heading into the final round next month, Musser is hoping to add another FWT title to both his and PSL Karting’s resumes. Nicolas Bedard had a steady weekend beside Musser in the ROK Shifter Master class and after being classified in the fifth position after the heat races, closed his weekend with a seventh place result.

It was Jake French who battled in the top-three in the ROK Shifter class as he once again proved his prowess at the front of the field. Always in contention for a podium result, French improved from his third-place results after the heat races to finish second in the main event. BirelART put two drivers in the top-five and three in the top-ten as Michael Stevens earned as solid fourth place results while PRO’s Jared Ramnarayan was classified in the tenth position. BirelART’s third podium came from ROK Micro category as Drew Walz, racing out of the Mottazsport camp, was consistent in his quest for a podium finish and was able to lock up the third spot after a solid fight at the front of the field. 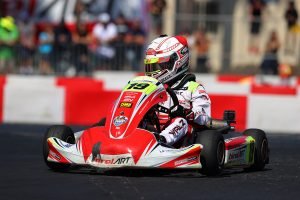 PSL Karting’s Marjin Kremers battled a stout field of ROK Senior drivers and after a challenging go in one of the heat races, battled back towards the front of the field to give himself a shot in the main event. In another epic battle, Kremers narrowly missed the third and final step of the podium but managed to show the speed of his BirelART.

A pair of BirelART drivers earned top-ten results in the ROK Mini class as PSL Karting’s Max Cristea and Mottazsport’s Devin Walz finished sixth and tenth respectively after both improved from their heat race classification to the main event.

With very little time off, BirelART North America will close out their Florida Winter Tour campaign over the March 10-13 weekend at the Orlando Kart Center, but not before they do battle at the opening round of the United States Pro Kart Series a week prior.

Are you interested in any of the BirelART line of products or joining one of their dealer race teams? Contact BirelART North America today.