BENIK ADDS NEW DRIVERS TO AN ALREADY STRONG LINE UP

The BENIK team prepares for their journey to the west for the SuperKarts! USA (SKUSA) SpringNationals in Sonoma, California. The team will bring a strong line-up of 11 Micro and Mini Swift drivers to the event, five of which are new team members. After a strong showing at the SKUSA WinterNationals earlier this year, BENIK hopes to repeat their success in the Golden State. 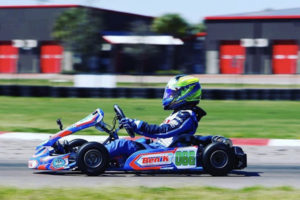 Three drivers will fly the BENIK flag in the Micro Swift category. UK driver Brandon Carr returns for rounds three and four of the Pro Tour after taking home the win on day one at the SKUSA WinterNationals in New Orleans, as well as being crowned the 2017 Florida Winter Tour Micro champion back in March. Elliot Cox joins the BENIK team once again after being with the team in 2016 and finishing third in the SKUSA Pro Tour championship. He comes into the event with a pole position in New Orleans on Saturday and a win in the final on the Sunday, hoping to repeat his results in Sonoma. Cox will race SKUSA, World Karting Association (WKA) and United States Pro Kart Series (USPKS) races with the BENIK team. Mateo Rubio Luengo joins the team with an impressive resume in his short career, including winning the WKA Winter Cup race in Ocala in his debut with BENIK. He will run the remainder of the season with the team, racing SKUSA, WKA, USPKS and ROK Cup series races.

In Mini Swift, eight BENIK drivers will hit the track in sunny California. Veteran Mini Swift driver Reece Gold arrives to the event with many race wins under his belt, including a double win at the 2016 SKUSA SummerNationals. Santiago Trisini comes into Sonoma with a podium finish at the SKUSA WinterNationals and a win at the first round of the USPKS series, hoping to carry his momentum forward to this event. Brothers Carson and Cole Morgan will be a threat all weekend, as they both continue to impress and excel with race wins in the SKUSA ProKart Challenge. Kailey Meris continues to grow with each race in Mini Swift category. She plans to race the remainder of the SKUSA series with BENIK. Andersen Leonard returns to the BENIK squad for Sonoma. Leonard has shown great speed and potential in 2017 so far. He will race the SKUSA and ROK cup series, and select races. 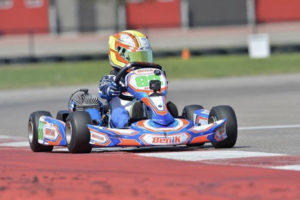 The young and talented Nikita Johnson will also join the Mini BENIK squad in Sonoma. The soon-to-be nine-year-old is the winner of the 2016 Florida and Midwest ROK Cup championships, as well as the winner of the Florida Winter Tour Ocala in Micro MAX. He will run the USPKS, SKUSA, and WKA series, along with select races with the BENIK team. Enzo Swan will also make his debut with BENIK team in Sonoma. He impressed with his speed and maturity during the team’s test weekend in Sonoma. He will race with the team for the SKUSA series and select races in 2017.