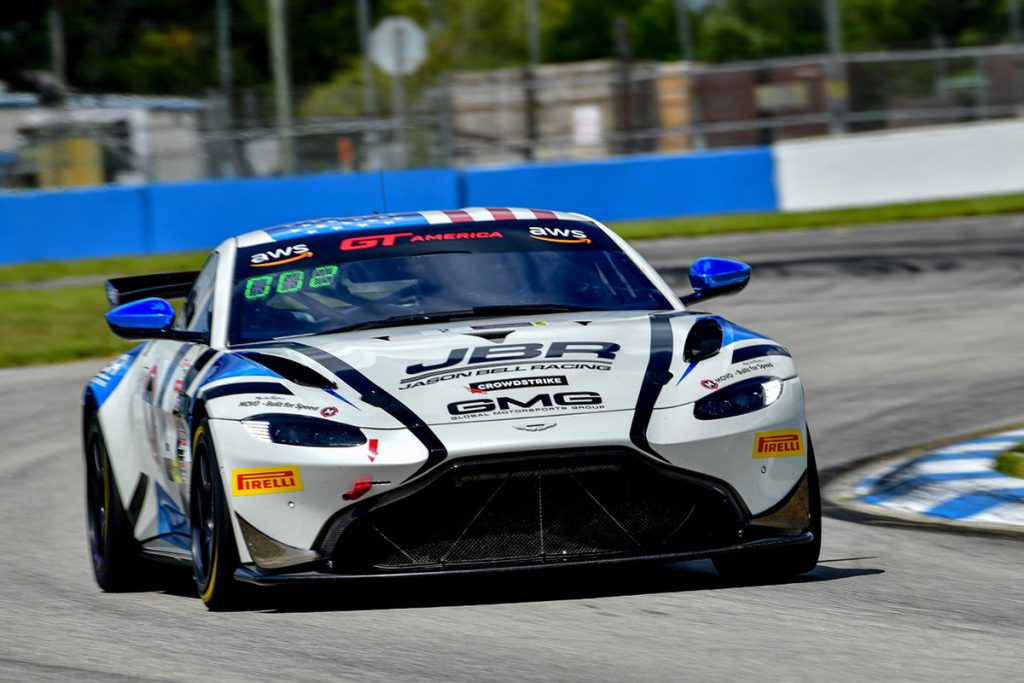 Quickly becoming one of the premier events on the GT World Challenge America calendar, the Indianapolis 8-Hour will take place this coming weekend at the famed Indianapolis Motor Speedway. Competing with the GMG Racing Aston Martin outfit will be 2021 Pirelli GT4 America three-time race winner Jason Bell, GT front-runner Trent Hindman and the always fast and competitive Andrew Davis, who has been Jason Bell’s co-driver throughout the 2020 and 2021 SprintX programs.

“After racing this event in 2020, it was one that I circled on my calendar when the schedule was announced earlier this year,” explained Jason Bell. “I would trade all the wins during my career to kiss the bricks at Indy, and I think we have the opportunity to do that this weekend. We have the team and the car behind us, and we have one of the best driver lineups. We just need to have the speed and luck to see if we can win at the iconic Speedway.”

“Apart from both competing in the Aston GT4 this year, there has been one main component shared between the JBR/GMG and VOLT racing teams this year, and that’s our engineer Chris Andrews,” added Trent Hindman, who will join Bell and Davis in Indy. “Chris has been a phenomenal asset to both teams for quite some time now, and I appreciate his effort in having me aboard with Jason and Andrew in the Indianapolis 8H. These guys have been ultra-competitive all year, and I hope to continue their run of success working alongside Chris, Andrew, Jason, and the GMG team.”

“We have a pretty stout lineup and look forward to getting on track at IMS,” added Davis. “We were fast here in 2020 and felt like we have learned a lot and learned more as a team throughout the 2021 season. Add Trent to our lineup and I think we have the depth, speed, consistency and experience to fight for the victory.”

“I’m very excited to return to Indianapolis Motor Speedway for another Intercontinental GT Indy 8-Hour with JBR/GMG Racing,” added Andrew Davis. “Last year, Jason Bell and I finished our season spraying some champagne on the hallowed podium of IMS.  Our aim is to be doing the same thing this year!  We have been making some great progress with our #2 JBR Aston Martin Vantage GT4 over the last several GT4 America events, as evident with Jason’s string of recent victories in GT Challenge. So, we feel confident to take the fight to the competitive field of GT4 entries for this year’s event.  The addition of Trent Hindman to our driver line up is also exciting, we are looking forward to the value he will add to the event.  Lastly, I want to thank Jason Bell, GMG Racing, and all of our sponsors for this amazing opportunity.”

It will be a jam-packed weekend for Bell as not only will he compete in the Indianapolis 8-Hour, but the Floridian driver will also take part in the GT America program as well as the Pirelli GT4 America SprintX.

Bell continued, “Competing in multiple races over the same event is nothing new for me. This season we have had four races on any given weekend while last year, we had as many as seven wheel-to-wheel races at select locations. Either way it will be a long week of racing, and I would not have it any other way.”

On track action will begin Wednesday and continue throughout the end of the weekend. Stay tuned to the Jason Bell Racing social media pages for news, information, photos and results from the Indianapolis Motor Speedway.