AUSTIN RILEY IS ON THE PODIUM AT ROAD AMERICA 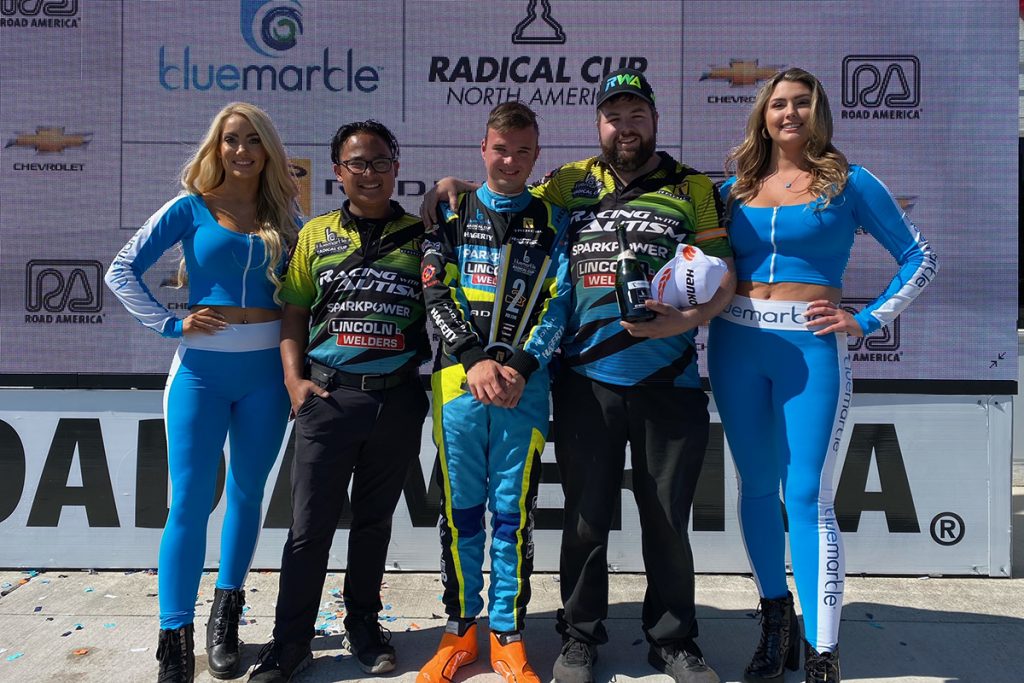 It was another podium winning weekend for Austin Riley and Racing with Autism. After picking up a race win at Barber Motorsports Park back in April, Riley scored three top-five results at Road America including a second-place result in Sunday’s third and final race of the weekend. With speed, consistency and determination, Austin Riley is proving to be a threat for race wins and podium results each and every time he gets behind the wheel of a race car. 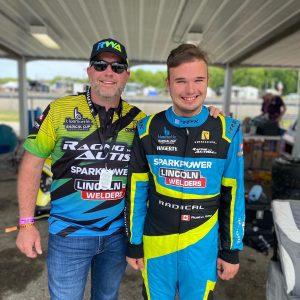 After qualifying in the second position and only missing the pole by a tenth of a second, Riley would commence the first wheel-to-wheel action from the outside of the front row. Unfortunately, when the green flag flew for the first time, Austin was not up to speed like he should have been and fell down the running order. Closing the first lap in the fourth position, and stuck behind some higher horsepower non-class cars, Riley would need to hold position, missing the podium by only one position.

“I was just trying to protect the car. I know if one more bad thing happens to the car that we don’t have funds to be able to fix it, and I won’t be able to race at Watkins Glen in a few weeks,” explained Riley. “It was disappointing to miss the podium, but I am thankful to even have the opportunity to compete. A huge part of my weekend was to see the President of Spark Power Richard Jackson who made the trip to Wisconsin to watch me race. It means a great deal to my family and I, and we are incredibly thankful for Spark Power’s support.”

Heading to the grid for race two on Saturday, the rain began to fall as the team went to work to add the much needed downforce and grip to keep Austin’s car planted to the ground. Looking to make quick work of the cars in front of him, Austin was at a great disadvantage when a car in front of him failed to accelerate when the green flag flew. Forced to thread the needle between the car and the pit wall, Austin made the move work but lost a ton of momentum and positions due to the quickly accelerating outside row. With the rain stopping and track drying quickly, Austin began to lose ground to the leaders due to his high downforce setup. Fortunately, the rain began to fall again late in the race and before he could make moves and gain positions on track, the race was red flagged for everyone to switch to wet tires. Restarting a few minutes later and with only two laps remaining, Austin would once again have to settle for the fourth position.

Race three on the weekend would take place after the NTT INDYCAR Series race on Sunday as Austin would race in front of a packed house at Road America. Moving around some of the fewer higher horsepower cars early on, Austin was running with the first and second place drivers in his class. Running on their bumper, the team decided to pit Austin early to get him in clear air and undercut the two in front. Austin’s in lap was good, his out lap was really good, and he was able to leapfrog and take over the second position.

Riley added, “It was a great call by Jeremy and Richard for sure to help me get into clean air and make up some time. It helped me get on the podium, and I have some more momentum heading to Watkins Glen.”

Racing With Autism and Austin Riley would like to thank their partners and supporters for the 2022 season. A huge thank you to OPMT Racing, Spark Power Corp., Lincoln Electric, Hagerty, Ady’s Army, The Hawthorne Foundation, Hammond Manufacturing, Cal Chip Connected, Forest Contractors, Utech Electronics, ATC Coral as well as all family, friends, and supporters.