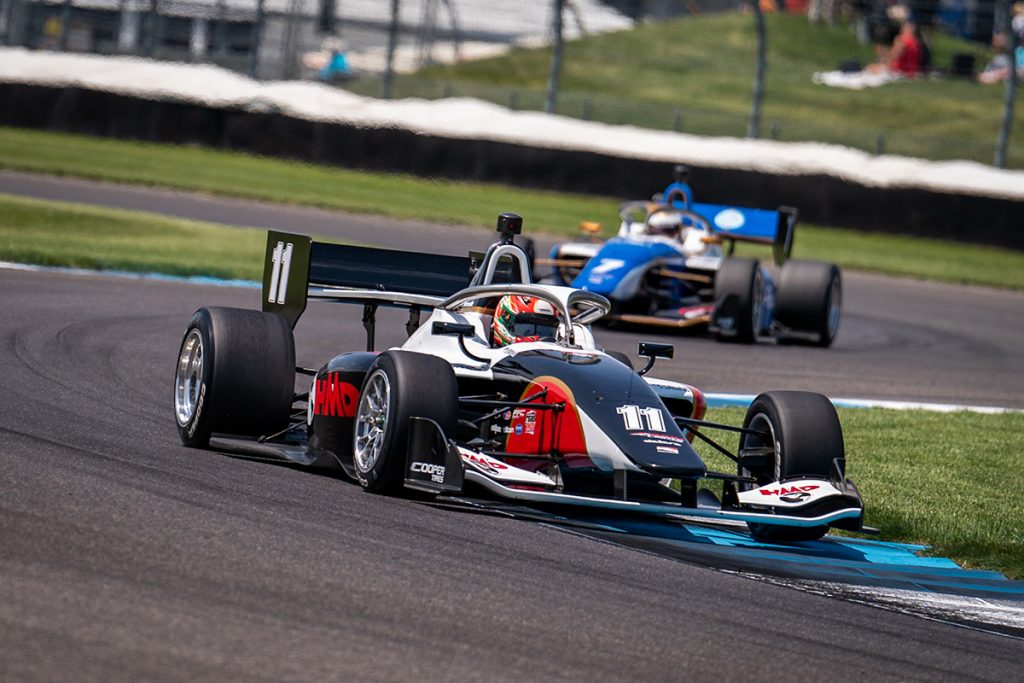 The Indy Lights Presented by Cooper Tires battle for the championship trophy continues up north this weekend at Belle Isle in Detroit, Michigan. Taking on the Detroit Grand Prix, Serravalle will compete close to his native country of Canada as the Belle Isle Street circuit has become his hometown event over the last few seasons with Toronto left off the series schedule. Competing here in 2021, Serravalle is looking to take his track experience and turn that into results.

Competing out of the HMD Motorsports with Dale Coyne Racing camp, the Canadian-born driver made the switch to HMD Motorsports before the Indianapolis Grand Prix and came to the track eager to show what he could do. After leaving Indianapolis with the best finish of his season, it seems Serravalle has moved in the right direction.

“We had a good result in Indy and that was important,” expressed Serravalle. “Detroit is a track that I competed at last year, and I think that will come into play this weekend. There are several drivers who have not seen the track before, let alone turn a lap on it, so I am hoping that I can use that to my advantage.”

Fresh off a test at Road America, Serravalle is looking to get back to wheel-to-wheel racing. Despite there being only one test session for Detroit, having two test sessions and two races with HMD Motorsports so far this season puts Serravalle in a good place to compete again with his new team.

Serravalle added “I’m feeling really confident in the capabilities of my team to give me a fast car. The Indy Grand Prix was a learning experience for us, and I still ended with my best results of the season, so we are hoping to build off of that for Belle Isle.”