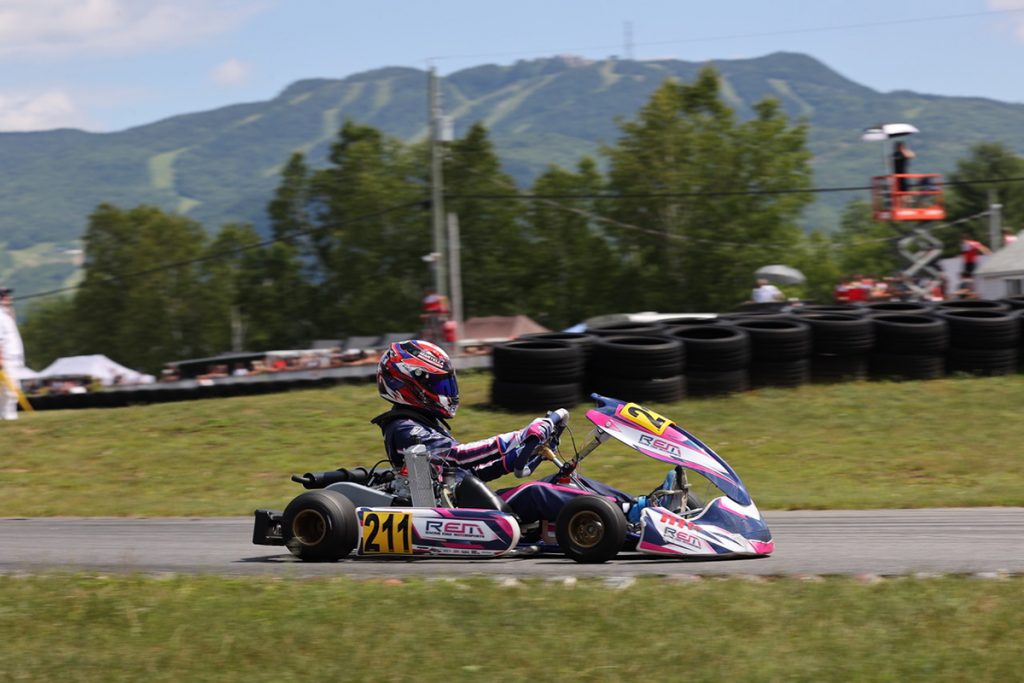 Returning home from the United States Pro Kart Series (USPKS) event in Wisconsin last weekend and after a short break at home, Anthony Martella was off to the Jim Russell Karting circuit in Mont Tremblant, Quebec for the Rotax Canadian Open. Forced to overcome a difficult qualifying session, Martella pushed his Racing Edge Motorsports (REM) Kosmic to a fourth place finish. 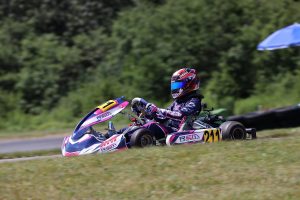 “The weekend did not start well for us,” explained Martella. “We had a difficult qualifying session which put us down the running order and then two heat races with results we had not hoped for. The prefinal went a lot better, and we were able to really turn up the wick in the main event.”

With qualifying taking place on Friday, Martella was disappointed to have only scored the 17th quickest lap in qualifying. Starting on the inside of row nine for the first of two heat races, the REM driver was classified in 20th. A similar result in heat two saw Martella mired back in unfamiliar territory as he crossed the line in 18th.

The weekend began to turn around for the young Canadian in the prefinal as a clean race saw the Rotax Junior driver move up through the field and challenge for a top-ten result. Despite crossing the line in 11th, the speed was now apparent to challenge for a podium finish. After Sunday’s morning warmup, Martella was feeling confident about his speed and chance to advance further up the results sheets.

The main event would see a spirited effort from Martella as he rolled off the grid in the 15th position. Looking to make headway and move through the field, Anthony did just that as he moved into the top-ten early. Continuing his forward progress, Martella levelled up a few more positions and eventually crossed the line in fourth, narrowly missing the Canadian Open podium.

“A huge thank you to the team and NIN Transport for all of their hard work and support,” expressed Martella. “We never gave up and were there in the end. We pushed hard and came home P4. A result like that and overcoming a poor qualifying performance makes me even hungrier for more.”

Next stop for Anthony Martella is a trip to the ultra-fast New Castle Motorsports Park in Spiceland, Indiana for the Superkarts! USA Pro Tour and annual SummerNationals.