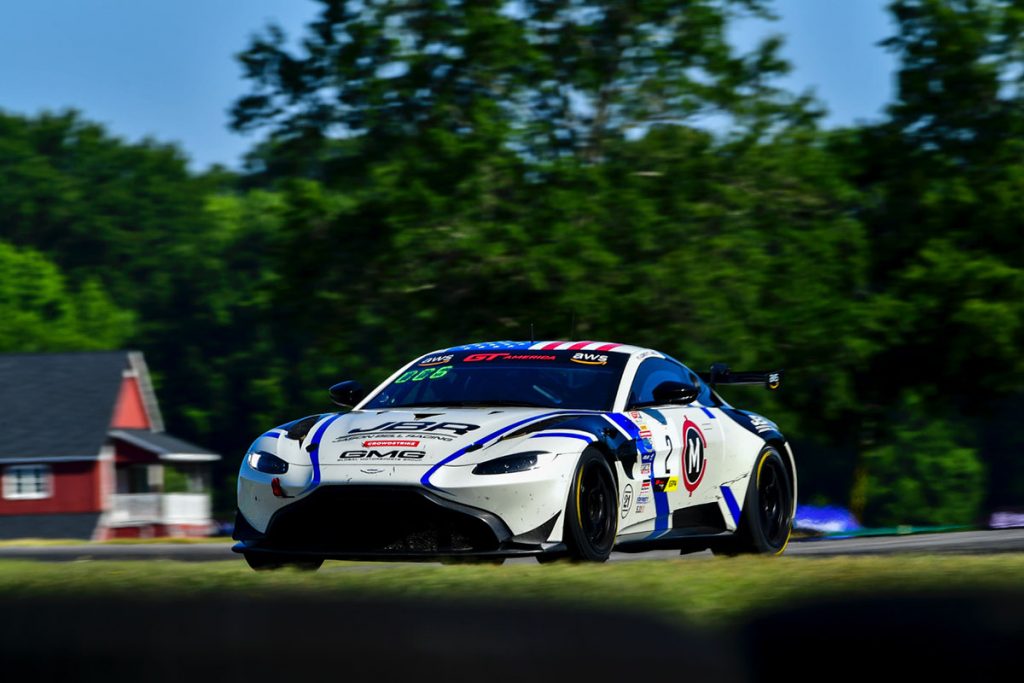 Another weekend and another event for GMG Racing driver Jason Bell. Set to pilot an Aston Martin Vantage GT4, Bell will compete in both the GT America Powered by AWS and Pirelli GT4 America programs at the Watkins Glen International Raceway. Traveling to Corning, New York, the Floridian will look to build upon a pair of podium results at his most recent event at the Virginia International Raceway and his double victory at the facility in 2021.

“It will be another busy weekend, but I would not have it any other way,” explained Jason Bell, who will compete in a pair of divisions over the weekend. “I believe Watkins Glen really suits a car like ours, so I am confident in some good results.”

Driving solo in the GT America program, Bell will race alongside Andrew Davis as the duo take on the stout field of competitors in the Pirelli GT4 America series.

Bell added, “We are coming off some great events where we have shown speed and scored podium results. I would like nothing but a winning weekend in New York to help us in the championship points chase.”

Jason Bell, GMG Racing, and Aston Martin will hit the track on Friday for practice before qualifying and the first wheel-to-wheel action takes place Saturday. Sunday will open the door for the second races in both classes as Bell has four opportunities to stand atop the podium at Watkins Glen.