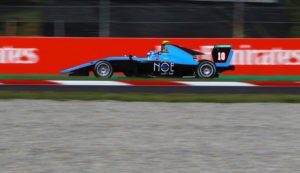 Descending on the Circuit de Barcelona in Catalunya, Spain this past weekend for the GP3 Series season opener, American driver Juan Manuel Correa scored his first points of his 2018 campaign. Competing alongside the pinnacle of motorsports, the Formula One World Championship, Correa improved from his practice speeds to claim eighth and fourth place finishes and leave the first event of the season seventh in the championship point standings.

Claiming the highest finish of all Jenzer Motorsports drivers as well as the highest position by an American with his fourth place finish, Correa has established himself as a threat for 2018.

“The weekend did not start out as I had hoped,” explained Correa. “I wanted to come out of the gate quick and show my competitors, team and supporters that I had top-ten pace. After Free Practice, I set a goal for myself and continually improved my lap times and results to eventually score my first career points in the GP3 Series program.”

Starting the weekend off with Free Practice, JM Correa could only lay down the 17th quickest lap of the session and an improvement would be needed in qualifying to have a chance to score solid results. Qualifying his Jenzer Motorsport prepared ride in the 12th position, Correa then advanced forward four positions in the first race of the weekend to claim the eighth position and his first ever points in GP3 competition.

With an inverted top-eight setting the starting grid for race two, Correa had the opportunity to pace the field when the lights went out. Starting from inside of the front row, the American would drop the hammer early and run in the top-three. Falling back to the fourth position, Correa defended, maintaining his position to the end, as the Jenzer Motorsport driver added more points to his 2018 total as he secured his best career GP3 Series finish. 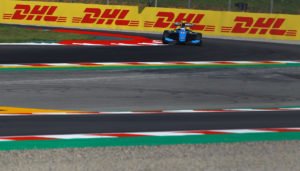 Correa continued, “It is a great way to start the year. We need to continue pushing forward and make these results better as the season moves forward.”

The next GP3 Series event will take place June 22-24th at the 5.842 kilometer Circuit Paul Ricard in Le Castellet, France.