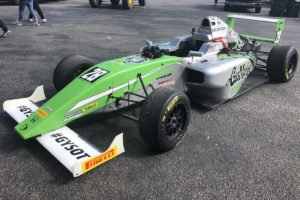 Utilizing the 2018 season as a learning year, Indianapolis, Indiana’s Alliance Racing Sponsored by Gas Monkey Energy is set for a full slate in 2019. Set to compete in the F4 United States Championship Powered by Honda with a minimum of three drivers, the growing program will also enter the F4 West Coast Championship this coming January. With three drivers signed and ready to go for 2019, one seat remains open and available.

“2018 was a development year for us,” explained Team Owner Toney Edwards. “We used the complete season with the plan of building a bigger and better effort in 2019. Learning the car, series, tracks, and drivers, we went out and hired key personnel to really elevate our game in 2019. We will also continue our flourishing partnership with Gas Monkey Energy as well as announce new program partners in the very near future.”

While the calendar has yet to turn to 2019 yet, Alliance Racing is already working toward their increased effort next season. With multiple testing opportunities being offered at very affordable rates, drivers looking to try an F4 car or look at the 2019 F4 United States Championship Powered by Honda are urged to communicate with the team ASAP.

Edwards continued, “We have test days confirmed at VIR, NOLA, and Sebring that span seven days. We are also working hard with other teams to join them at tests to keep our test program expenses down and in turn, pass those savings on to our drivers.”

With driver announcements planned for the very near future, Alliance Racing and Gas Monkey Energy look towards the future to build an elite F4 Team.

“We have a goal and I think that goal will be present in not only our on-track efforts but our off-track presence,” added Edwards. “Dressing the same, working as a team and organization brings success, and we are planning on all of that as we build this program.”

Working with a management company to fill the last remaining seat, Alliance Racing will have a complete online revamp to increase exposure, streamline programs and promote and develop a trio of drivers. A re-launched website and social media pages are set to happen before the end of the year and will be made public when available.