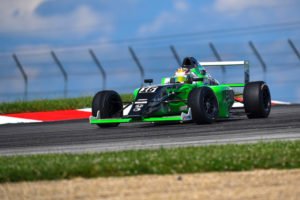 With two F4 United States Championship Powered by Honda events in the past three weeks, Alliance Racing Sponsored by Gas Monkey Energy added four top-ten results at the Mid-Ohio Sports Car Course this past weekend. Dylan Tavella led the team with a fourth place result in round twelve while Chandler Horton added two top-ten finishes over the three event weekend.

“With all the good comes some bad, and we are working through some gremlins and bad luck within the team,” explained Toney Edwards. “Dylan Tavella looked to be finishing in the points in the second race of the weekend before late race contact ended his run. Ryan had car issues on Saturday morning as an electrical issue forced him from taking the green flag. Zoey had an incident on Thursday that set her back. Will lost his clutch on the way to the first practice session causing him to miss the 95 minutes of practice, which hurts a lot with the limited track time. Without these hampering issues, I am confident that we could have doubled the top-ten results that we achieved.”

With two promoters test sessions on Thursday followed by two official practice sessions, qualifying and rounds ten and eleven took place on Friday before round twelve commenced on Saturday. With three of five drivers qualifying in the top-15, the first race saw Tavella end the wheel-to-wheel action with the team’s best result in 11th while Horton and MacDermid finished 13th and 18th respectively. Zoey Edenholm was classified in 19th but improved her results in the next two races on the weekend finishing 12th and 13th. 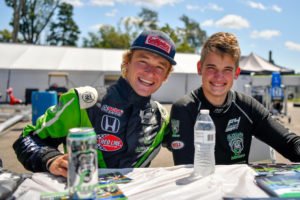 Race two saw Ryan MacDermid lead the way for the Indianapolis based team as he earned another championship point with an eighth place effort. Chandler Horton squeaked his way into the top-ten finishing tenth while New York resident Dylan Tavella was in a points scoring position late in the race until contact, only two laps from the checkered flag, ended his day.

Saturday morning’s third and final race of the weekend saw Tavella narrowly miss out on a podium finish crossing the stripe in P4. Horton added a seventh place result to his resume while Will Edwards had his best result of the weekend coming home 14th and improved on his 21st and 20th place finishes from the day prior.

“We have five weeks away from series competition and honestly, we could use the break,” explained Edwards. “We need to go through the cars and prepare them for the fast and bumpy Sebring International Raceway and then shift our focus to the final event of the year at the Circuit of the Americas. We have a lot of racing still to go and several chances to come out on top.” 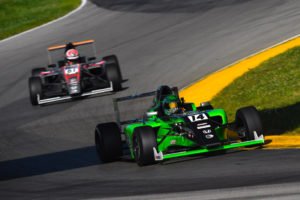