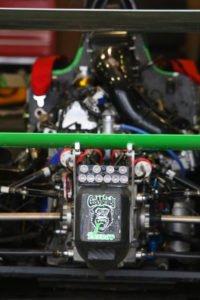 Growing a program and establishing a name for themselves within the paddock throughout last season, Alliance Racing Sponsored by Gas Monkey Energy is primed and ready for 2019. Entering five drivers in the F4 United States Championship Powered by Honda season opener this weekend, the Indianapolis, Indiana based squad will have a mix of veterans, rookies, a female and championship contenders on their roster.

“It is finally time to get the season started,” explained Toney Edwards, “We have completed a few race events on the West Coast, a number of test days and feel ready for the start of the season. Road Atlanta is a difficult track, but I think we have some very qualified drivers that can run at the front of the field, as well as some others that will learn and gain experience with each passing lap.”

Two drivers will return to Alliance Racing from their 2018 program as Chandler Horton and Will Edwards will fly the Gas Monkey Energy colors. Doing a great job as brand ambassadors at the Circuit of the Americas to close the 2018 season, the duo will be back in the seat again in a familiar program.

Two rookies have also chosen Alliance Racing Sponsored by Gas Monkey Energy in 2019 and they include Canadian karting standout Ryan MacDermid and female driver Zoey Edenholm. Both MacDermid and Edenholm advanced from the grassroots of motorsports in North America upwards into one of open wheel’s most competitive series. Joining Horton, Edwards, MacDermid and Edenholm will be New York resident and second year driver Dylan Tavella. Making the move to Alliance Racing in the off season, Tavella has his sights set on contending for the championship in 2019.

“We have had several great tests and really improved the speed of both our veteran and rookie drivers,” explained Alliance Racing Engineer Nathan Toney. “We were able to get some race experience under our belts in January and February as well as some additional testing in March and April. We have gone through each of the five cars in great detail to ensure a good start to the 2019 season.”

The Alliance Racing Sponsored by Gas Monkey Energy drivers will all take part in a Promoters Test Day on Wednesday with official practice taking place on Thursday. Qualifying and the first of three wheel-to-wheel races will commence on Friday with two more races happening on Saturday. Stay tuned to the Alliance Racing social media pages for news, information, photos and results from the event at Road Atlanta.