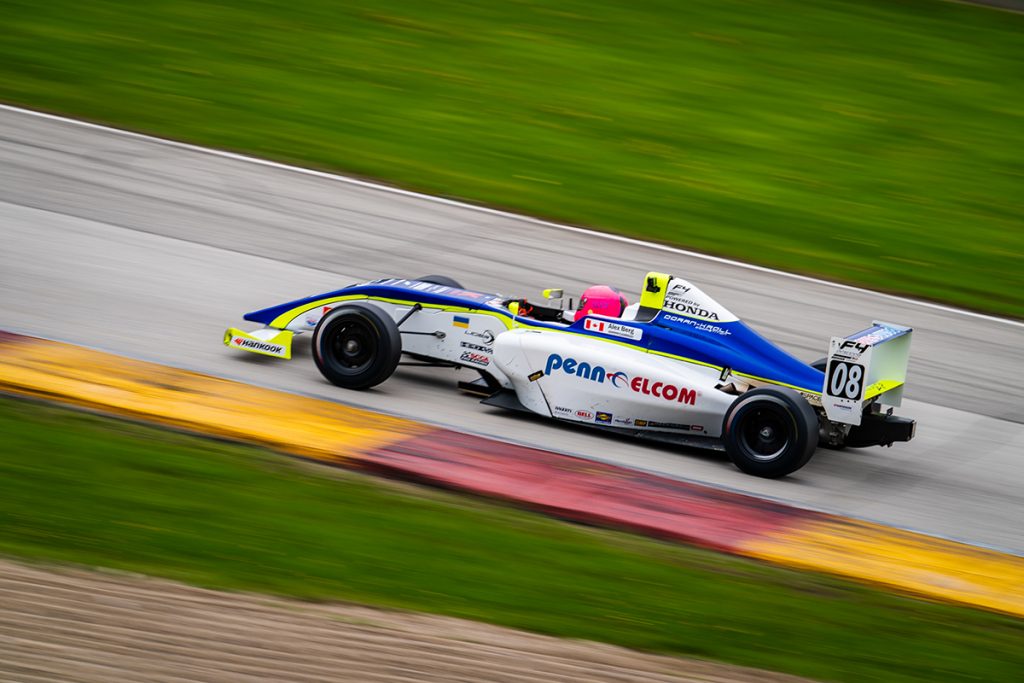 Doran-Kroll Competition returned to both F4 United States Championship and FR Americas Championship Powered by Honda action this past weekend at the famed Road America in Elkhart Lake, Wisconsin. With a solid series debut at NOLA Motorsports Park a few weeks ago, the West Coast program earned their first national level podium at the hands of Alex Berg as he piloted his Ligier JSF4 to a third place podium result in the first race of the weekend. 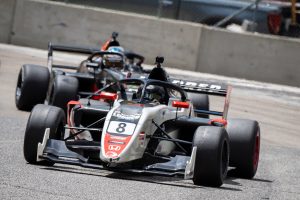 “Solid weekend for our team as we were able to score points with all three drivers,” explained Team Owner Francois Doran. “Alex Berg had a career weekend to date finishing on the podium on two occasions and in the points in all three races while our FR drivers both scored points in select races this weekend. We will continue to push and see what kind of results and progress we can make moving forward in 2022.”

After working themselves through Friday’s test sessions, Saturday would be the home for qualifying and the first wheel-to-wheel action for the trio of Doran-Kroll Competition drivers. After a sixth place effort in qualifying, F4 United States Championship driver Alex Berg advanced forward three positions once racing began to climb his way up to the third step of the podium, his first and the team’s first national level podium of the 2022 season.

With Berg showing improvement from qualifying to the race in F4, Marco Kacic and Alex Kirby did the same on the FR Americas side of the program. After qualifying ninth and tenth respectively, Kacic improved three positions in race one on the weekend to come home sixth while Kirby advanced forward one spot to earn a ninth place result.

Alex Kirby would score his best result of the season to date in FR competition as he was able to take advantage of some on track action to move his way forward. With the race ending under caution due to his teammate Marco Kacic ending up in the gravel trap in turn four, Kirby crossed the line seventh and earned some valuable points towards the end of the year championship.

Berg would return to the podium on Sunday earning his second third place finish in as many races. Running a faster race lap than the leader over the nine-lap event, Berg was able to show the pace of his Doran-Kroll Competition machine as he celebrated on the podium. 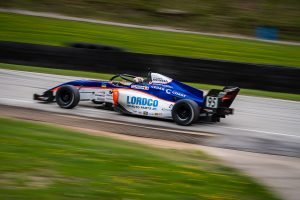 “Alex drove a great two races so far this weekend,” explained Competition Director Dominic Dobson. “I really think he can go three-for-three on podium results this weekend so we will give it a go again this afternoon.”

Next up for the Doran-Kroll Competition program will be the Mid-Ohio Sports Car Course for the third event weekend in both the F4 United States Championship and the FR Americas Championship Powered by Honda.