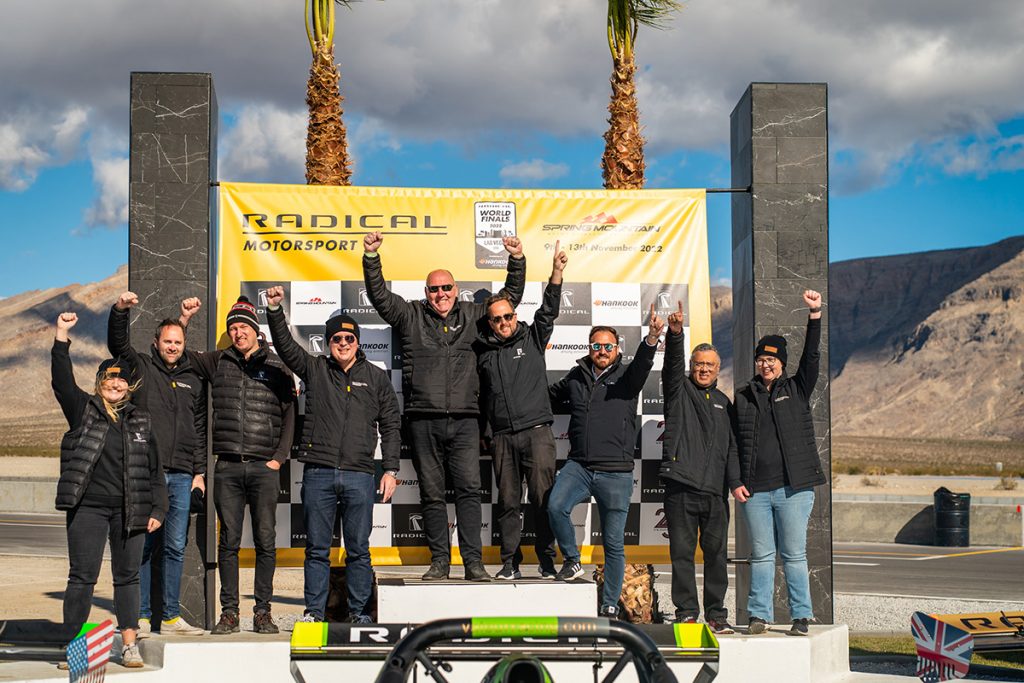 The first annual Radical World Finals Presented by Hankook took place this past weekend in Nevada, with racing at the Spring Mountain Motor Resort and off-track events held in the heart of the famous Las Vegas Strip. Bringing together more than thirty-six drivers from three different countries comprising of six different nationalities, the Radical UK program walked away with wins in the Platinum and Pro 1500 class while a hometown hero topped the charts in Pro 1340. 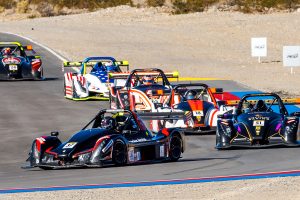 “The diversity of drivers, where they came from and the age range was significant and it provided for some great on-track racing,” expressed Radical Global Motorsports Director Tom Drewer. “When the final checkered flag flew it was a young Filipino superstar Daryel DeLeon – the newly crowned UK SR1 Champion­­ – a British Indy Lights star Toby Sowery, and Patrick Liddy – a member of the Lamborghini Young Drivers program – who walked away with World Finals titles.”

Drewer added, “However, with 36 cars on the grid there were numerous success stories. A number of our gentlemen drivers had fantastic results, including Indy Al Miller, who was close to clinching the Platinum title from Daryl. Canadian champ Jonathan Woolridge was another who really impressed, as did 14-year-old karter come Radical racer Danny Dyszelski. This list goes on.”

“With such a high caliber of competitors in attendance, this was a fantastic way to start a new chapter of Radical Motorsports. The competition on track was fierce, and we crowned three deserving Champions. As we look forward to the future, we are confident that a Radical World Finals, the Olympics of Radical Motorsports, will be a staple for the years to come.” 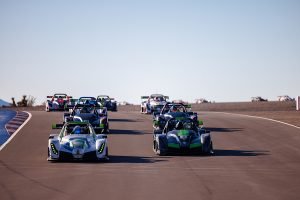 “The concept behind the event was to bring together the global Radical family in a shootout-style event,” continued Drewer. “This continued to be apparent in the Awards Gala on Sunday evening when more than 150 teams, drivers, families, and friends got together for a fun night out in Las Vegas, and based on feedback, a World Finals event will be a staple of the international Radical racing calendar.”

In addition to thanking the teams and competitors for an amazing inaugural event, Radical Motorsport also sends an extra special thank you to presenting partner Hankook as well as the Spring Mountain Motor Resort for collaborating in the World Finals event.

Drewer added, “While the Radical staff had a checklist to do, the staff at Spring Mountain had an exhausting undertaking in the lead up, and delivered. An amazing new circuit in Charleston Peak, stunning facilities and personable staff provided the perfect home for our first World Finals event.”

With the inaugural Radical World Finals now in the record books, Drewer and the rest of the team are hard at work building for the future. 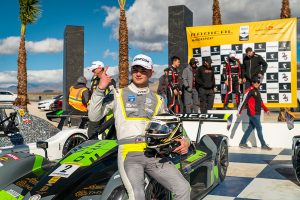 “Our 2023 North American schedule is all but complete, and we will look to officially announce that in the coming days,” continued Drewer. “There is a lot of momentum behind the Radical Cup North America program, and our goal is to continue that trend next season with some world-class venues and having our program paired with the elite series in the United States. Also, the Radical World Finals will be back…but you’ll have to wait a bit to find out where.”

Drewer added. “Congrats to Daryl DeLeon, Toby Sowery, and Patrick Liddy on your World Finals wins, and thank you to everyone for their support. See you in 2023!”