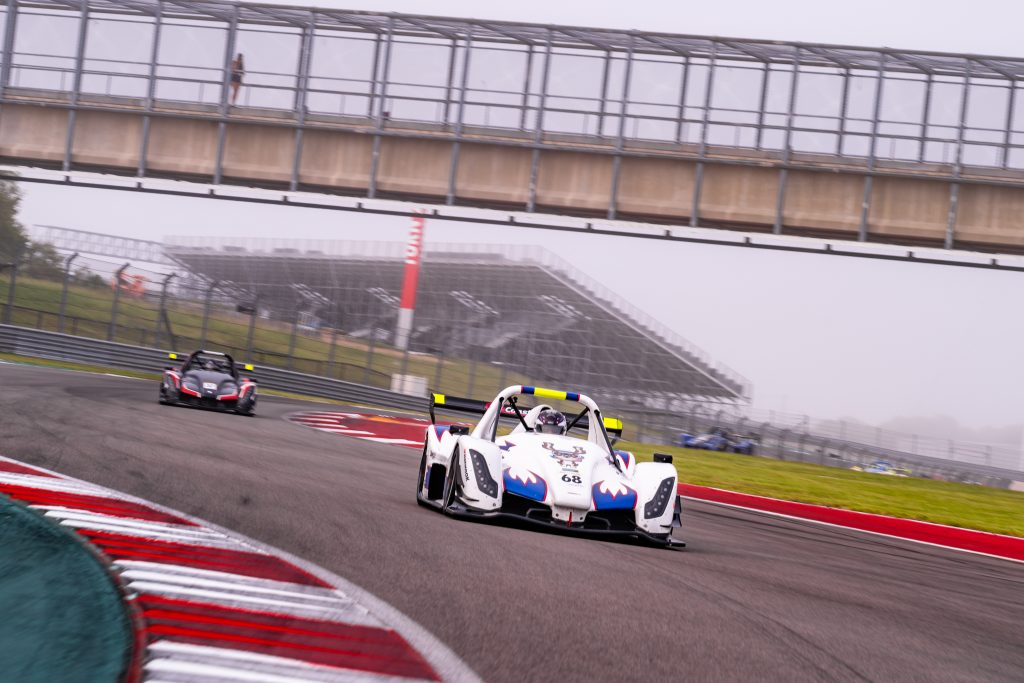 Sunday, September 18th – Returning to the track Sunday, races two and three closed the penultimate weekend of competition in the Blue Marble Radical Cup North America program at the famed Circuit of the Americas. On a huge day that featured shifts in momentum, different race winners, weekend sweeps, and new point leaders, the Radical Cup program is proving its competitiveness in the world of North American motorsports.

Competing on his home track, Judd Miller was able to score the Platinum class victory in the second race of the weekend after perennial front-runner Robert Rossi ran into trouble with his diffuser. Steve Jenks rebounded from his disappointing finish on Saturday to find his way back to the podium in the second position showing that he has the pace to take home a win before the season concludes. Jason Plotke, Co-Owner of the Apex Motor Club and who is competing in his first actual race ever with the SR10, joined Miller and Jenks on the podium in P3 as he applied laps in a SimCraft rig with iRacing’s virtual SR10 to the real-life racetrack and is showing his skills in the highest Radical Cup division. Jim Booth added his second top-five result in as many races on the weekend as he finished just ahead of former American LeMans Series competitor Jon Field who fell from second on the starting grid to fifth in the results.

After an issue in race two, Robert Rossi failed to show for the grid in race three opening the door for many other drivers to rejoin the race for the championship. Continuing his impressive rise throughout the weekend, Jenks was back on the podium in race three, this time on top as he managed to secure the race three victory and turned the tide in the chase for the Platinum class title. Jon Field rebounded from his P5 result in race two to climb back on the podium blocks in the second position and add some valuable points to his championship chase. Taking advantage of both mistakes and issues of others, series stalwart Jim Booth rose to the third position on track and celebrated on the podium with both Jenks and Field as Jason Plotke added his second top-five result of the day with a brilliant drive to fourth. Scott Wagner, a confirmed driver for the Radical Cup World Finals in Las Vegas later this year, showed his drive to compete at the front of the Platinum class crossing the line in fifth and building great momentum towards the final round at the Sonoma Raceway in a few weeks time. 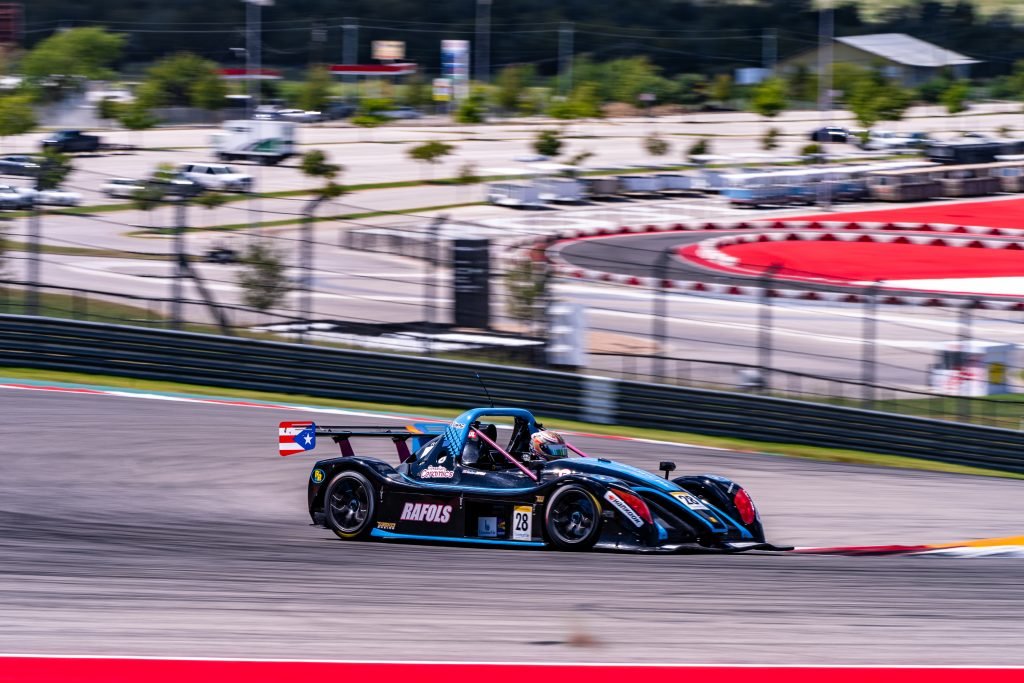 Gustavo Rafols made it two-for-two on the weekend as he once again dominated the Pro 1500 class. In a different zip code when the checkered flag flew on the all-green flag race, Rafols topped the podium as he drove to a nineteen-second victory. Gregg Gorski was once again the best of the rest with his second podium result of the weekend as Alain Derzie was able to climb to third after an epic battle with Aurora Straus. Running side-by-side through the final few corners, Derzie edged ahead to snag the third and final podium position while Straus had to settle for fourth. While his Father Judd Miller won the Platinum class, it was a P5 finish for Palmer Miller in Pro 1500 as he keeps his championship hopes alive.

It was a perfect sweep of the weekend for reigning Pro 1500 champions Gustavo Rafols as he once again stole the show to win in class. Not only did he win the Pro 1500 division, sweeping the weekend, but he also finished third overall­– an amazing feat by an amazing Radical Cup competitor. While the rest of the 1500 competitors were left to battle for second, it was Alain Derzie that claimed the title of Bridesmaid as he finished second, seventeen seconds in arrears of Rafols. Palmer Miller had a spirited drive in race three to find his way back to the podium solidifying his intentions to make a run at the class championship. Kent Myers was sixth on track overall but fourth in class while Gregg Gorski made it a trio of top five results over the weekend ending his Circuit of the Americas event in fifth. 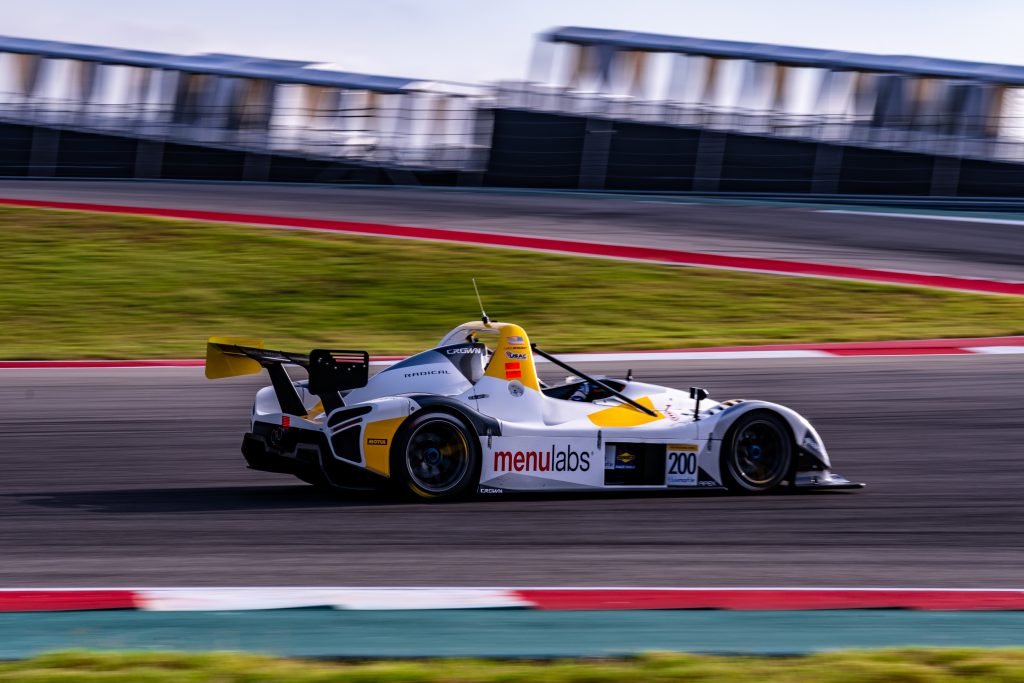 The Pro 1340 second race of the weekend provided a ton of drama as Mike Anzaldi entered the race leading the championship points, but it was Austin Riley who assumed the lead when the checkered flag flew. Unfortunately, Anzaldi failed to complete the full race distance after taking the lead on the opening lap but being forced to retire by the time he arrived at turn twelve with a gearbox sensor failure. Opening the door for Chris McMurry, the Apex Motor Club driver went on to take his second win of the weekend. Less than two seconds behind McMurry was Austin Riley, who benefited from Anzaldi’s misfortune to climb to the top of the point standings while Reid Stewart celebrated with McMurry and Riley on the podium in third. Vince Switzer earned his second top-five result of the weekend as Ben Blander made an appearance in the front quintet crossing the stripe in fifth.

With two wins to his credit already this weekend, Chris McMurry went three-for-three in race three, equalling the weekend sweep of Pro 1500 driver Gustavo Rafols. After a race long battle that went down to the final lap, Mike Anzaldi spun trying to pass McMurry through turn fifteen, benefiting his championship contender, Austin Riley. Riley was able to get by unscathed and added another second-place result to his tally, extending his point lead on his main rival, Mike Anzaldi who recovered to stand on the third and final step of the podium in race three. Multi-time podium winner Aurora Straus had contact mid-race causing damage to her car and forcing her to retire. Heading to the finale weekend, Riley has a slim advantage over Anzaldi with all to play for. Reid Stewart and Vince Switzer cemented their names in the fourth and fifth positions in race three and will look to improve on those results at the Sonoma Raceway in a few weeks’ time.

Three national championships are on the line with one event weekend remaining in the Blue Marble Radical Cup North America program, while World titles will be up for grabs come November 8-13 at the recently announced World Finals Las Vegas. Stay tuned to the Radical Cup social media channels over the next couple of weeks as we preview each title chase.