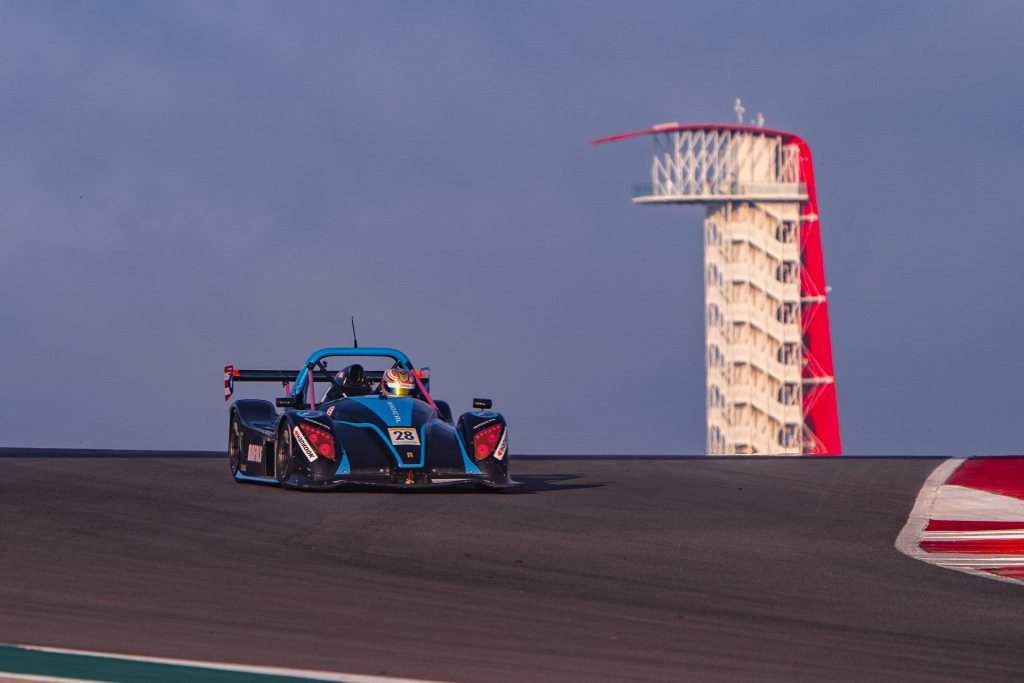 Saturday, September 17th – After a successful Friday, Blue marble Radical Cup teams and competitors returned to the track Saturday for the ever-important qualifying session and first wheel-to-wheel race of the weekend. Dense fog layered the facility with a single practice session kicking off the day as drivers took to the track. The thirty-two Radical racers negotiated the picturesque facility without incident as the session ran green in its entirety.

Jon Field stole the show in qualifying scoring the first pole position for the One Motorsport team and his first in a long time. Coming off a solid win last weekend in a test event, Field destroyed the times previously set in official competition to earn the fastest lap of the day of any car in any series. Robert Rossi slotted into second making the top two drivers in the Platinum Class championship case on the front row for the first green flag of the weekend. Hometown hero Judd Miller earned the third fastest lap time of the session and will look to challenge for the win while Steve Jenks (Group-A Racing / Audien Hearing) and Willie Putrajaya (ESSES Racing / Radical Texas) aim to move forward from fourth and fifth on the grid

Pro 1500 championship point leader Palmer Miller (ESSES Racing / Radical Texas) was mired down in the sixth position and will have his work cut out for him as Gustavo Rafols returns to Radical Cup North America competition and immediately scores the pole position. Gregg Gorski (ONE Motorsport / Smokebuddy) will line up beside Rafols on the front row and ahead of Alain Derzie (ONE Motorsport / Derzie Racing) and Kent Myers (ESSES Racing / Radical Texas) in row two. Triple Watkins Glen podium finisher Aurora Straus (Group-A Racing / Richard Miller / Arch Capital) earned a P5 starting spot but felt her machine was down on power as she aims to find and fix the problem before wheel-to-wheel racing commences.

The top three pace setters in the Pro 1340 class were separated by less than three-tenths of a second in qualifying setting up for what should be a good weekend of racing. Championship point leader Mike Anzaldi was outdueled by Chris McMurry as McMurry scored the inside front row starting position. David Alban (WISKO Racing / RingPower.com / Alban Sheep Shop) and Reid Stewart showed their pace to clock the third and fourth quickest laps of the session ahead of Austin Riley (Racing with Autism / SparkPower / Lincoln Electric) who currently sits second in the championship points table for both the Pro 1340 class and overall.

At the end of qualifying, it should be noted that all three classes scored faster pole position laps than last year. 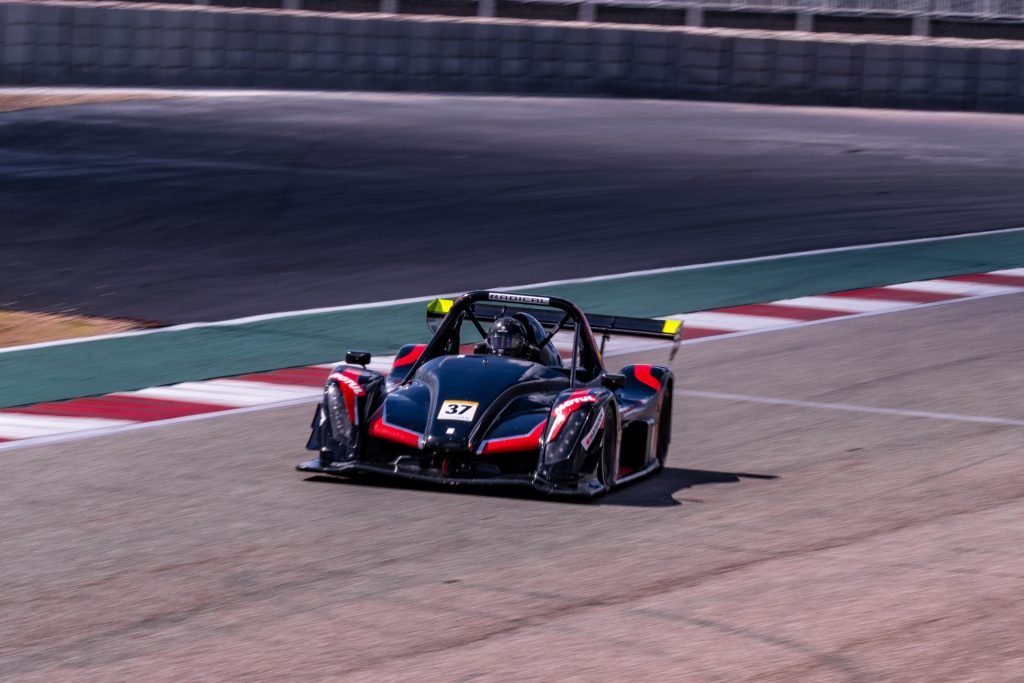 A clean start in race one saw a few drivers go wide on the exit of corner one to avoid any contact, but it was Jon Field who exited the first corner to maintain his pole position and never look back. Overcoming an early caution period for a stranded #329 entry of Willie Putrajaya, Field held off the advances of a Judd Miller early on to take the Platinum class win by more than seven seconds. The Former American LeMans Series driver is the driver to beat this weekend and could score the weekend sweep if the stars align tomorrow. Judd Miller was able to get by Robert Rossi after several attempts and drive to the second position on track and another podium for his results resume. Rossi held on for third overall and third in class as Jason Plotke (CROWN Concepts / Apex Motor Club) and Jim Booth (WISKO Racing / McDonald’s) battled tooth and nail for P4 with Plotke coming out on top. A notable mention to Platinum class driver Steve Jenks who had an incredible race. After a car issue early in the race that dropped him from second to fourth, Jenks fought his way back forward passing Rossi and Miller to move back into second. In a close hard-fought battle, Jenks had looked to earn himself a podium before the recurring car issue reared its ugly head with seven minutes remaining and he was forced to retire. Following the race, it was found to be a fuel pressure issue that took Jenks out of contention. Despite not finishing, Jenks earned the pole position for race two on Sunday.

2021 Overall Champion Gustavo Rafols came to race this weekend. Scoring the pole position in dominating fashion, Rafols continued his dominance into the first wheel-to-wheel Pro 1500 race of the weekend. In fact, Rafols finished fourth overall as he took the win in the Pro 1500 ranks, but in the meantime, he out-raced and outpaced several of the more powerful Platinum class cars. Scoring the fastest race lap in class, Rafols enjoyed his boring race up front as he took the class win by more than twenty seconds. It was Gregg Gorski that was the best of the rest and if Rafols was removed from the results sheets, the Pro 1500 class would prove to be a competitive one from the second to the fifth position. Aurora Straus earned her fourth podium result in as many races dating back to Watkins Glen earlier this season proving that she has the capabilities to race driving from fifth to third. David Flynt (OMPT Racing/ OPMT.com) and Mark Allen (ONE Motorsports) also earned top-five finishes scoring fourth and fifth place results respectively.

Chris McMurray converted his pole position qualifying effort into a race win to score his first win of the weekend. Championship point lead Mike Anzaldi crossed the line second to extend his point lead as he narrowly beat Austin Riley. Riley drove from fifth on the grid to finish third to keep his championship hopes alive as he put a ton of pressure on Anzaldi late in the race. With the victory, Anzaldi gained an additional five points in his quest for both the class and overall championship. Keeping his machine in the top five, David Alban was able to hang on to fourth just ahead of Vince Switzer (CROWN Concepts / SwissTeknik) who drove from P8 to fifth. 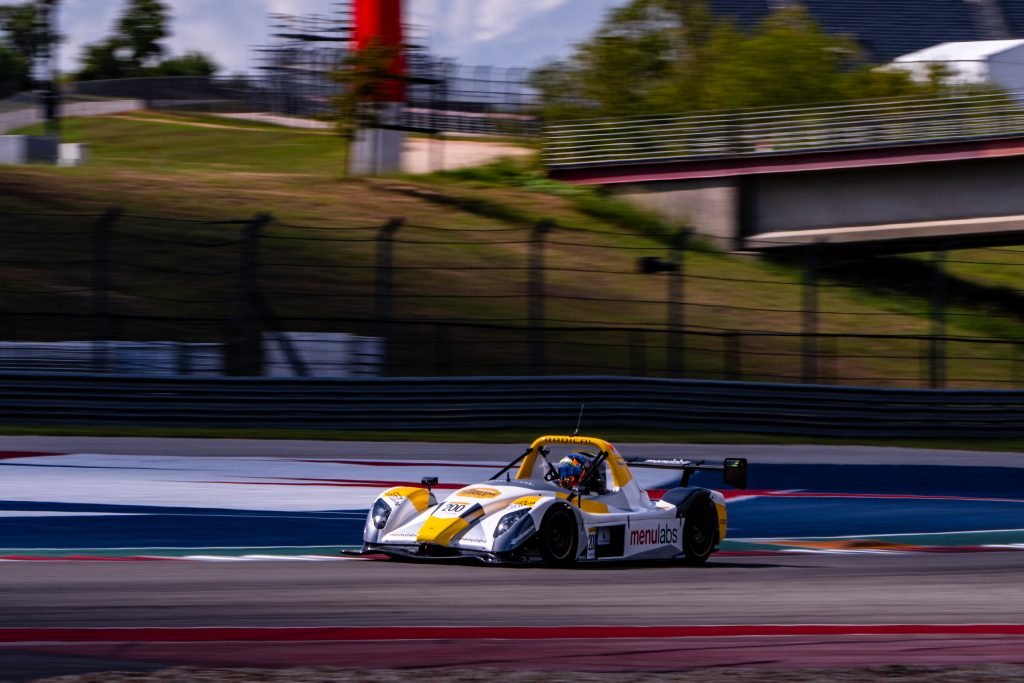 With two more wheel-to-wheel races tomorrow, the championship picture is coming into sight with five races remaining in the 2022 season. Blue Marble Radical Cup competitors will return to the track Sunday for race two and three on the weekend with the first green flag at 8:30am CST. Please remember that you can tune in again tomorrow LIVE at youtube.com/radicalmotorsport